New Zealand is widely popular for its Middle Earth landscape, but if you dig a little deeper, you’ll find that it is a great place for a winter holiday. If you want to have a snow adventure, consider visiting New Zealand from June to August, during its winter season.

It might surprise you just how many great places there are to enjoy in the snow!

If you enjoy beautiful scenery, winters at Lake Wanaka are something to behold. Located in the Southern Alps, it represents one of the largest skiing and snowboarding resorts in New Zealand.  That’s why it’s one of the most popular choices for winter enthusiasts and adventurers. Treble cone is located just 30 minutes outside of Lake Wanaka, providing a breathtaking view over the whole area. It is extremely popular with advanced skiers and snowboarders However, if you’re a beginner, there are many experienced tutors offering lessons.

Queenstown is probably the most popular ski destinations in New Zealand since some of the best know resorts are situated nearby. By taking a short drive, in just a matter of minutes, you could get to Cardrona, Coronet Peak or The Remarkables. All of these three ski centers are popular during the winter, not only because of their proximity to Queenstown but also for a vibrant social life and a variety of snow related activities they offer to their visitors.

Placed in the North Island, Ohakune’s Mount Ruapehu is one of those places you do not want to miss. Its two different ski fields–Turoa and Whakapapa offer a wide range of trails, which you could take depending on your skills. Besides skiing, Mount Ruapehu offers all year-round activities like mountain biking. By choosing this, you’ll get to enjoy breathtaking scenery and important historic sites. One other thing Mount Ruapehu is known for is its Mardi gras festival, which officially opens the ski season there.

It’s one of the most popular South Islands ski resorts. It consists of over 60 hectares of skiing trails, suitable for all experience levels. And since it is facing south, it has perfect conditions for an enjoyable vacation, with lots of snow. Mount Olympus has four different rope tows that make all the slopes easily accessible. Like most other ski centers, it offers ski trails for all levels of skiers.

If your main goal is not to ski or snowboard, you might want to consider visiting some places known for their beautiful scenery. One of those is Hakatere Conservation Park, with beautiful snow-capped mountain ranges and lakes that just take your breath away in the winter. You probably know this place from The Lord of the Rings movies. It is located just a couple of hours from Christchurch, and it is not as filled with tourists as other winter resorts. So, if you’re a fan of peaceful vacations, this might be the choice for you!

One of the most popular weekend retreats is placed in the Arthur’s Pass National Park, at the altitude of 739m. One of the centers of tourism in the Southern Alps, it is a common choice among adrenalin seekers. Its majestic scenery and landscape attract visitors, mostly adventurers, all year round. And Arthur’s pass is at its best in winter. However, it is rather difficult to get there in severe weather conditions, so you better think twice if you’ll be going there during the snow season.

If you wish to do something completely different during the winter, try soaking yourself in Rotorua hot pools, one of the most popular sights among New Zealanders. Although it might seem counterintuitive, visiting a thermal spa in the winter might be just what you need. Bathing in hot springs after a long day of skiing or hiking could keep you warm and do wonders in relaxing you.

Although New Zealand is not the first thing that comes in mind when you think about winter, it has a lot to offer when if you plan to have enjoyable snow covered vacation. From large ski centers located near big cities to secluded resorts meant for those of the more adventurous kind, it has it all.! The best thing is that these winter centers are still not swamped with tourists. So, there’s no better time than now to visit New Zealand in the winter!

Sasha Duncan is a journalist and literature enthusiast who enjoys writing and learning new things about interior design. She loves reading crime novels and being with her dogs, Maya and Buster. 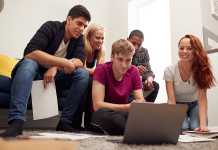 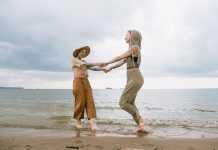 Reasons you should go on a beach holiday 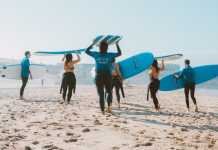 Health benefits of going to the beach