Known for its stunning beaches, natural wonders, wide open landscapes, deserts, “the bush”, and “the Outback” – Australia remains to be one of the popular tourist destinations in the world. In addition to these, the country is also known for its diverse and beautiful culture which has heavily gone through the influence of the Italian culture.

Everywhere you go in Australia, expect to meet a lot of Italian people. Italian Australians comprise the 3rd largest ethnic group in Australia and Italian is the third most used language in the country. Since Italian immigration began in the 1770s, they have significantly influenced the food and culture of Australia. Yes, there have been Italians moving to Australia at almost the same time when Captain Cook discovered the country. During that time, some Italians came as free settlers. During the 1850s, more and more Italian immigrants came to Australia, with great hopes of having a wealthy life in the country.

But it was not until World War II when the surge in Italian immigrants began. Most of them worked in the cities, at farms, and wineries. From that moment on, Italians have greatly influenced the Australian life and culture.

Italian art has stood in Australia for three centuries. No wonder why Italy is greatly felt in all facets of Australia life and culture.

You will find Italian artworks displayed in many galleries and museums across Australia, which show how the Italian culture is deeply intertwined with that of Australia. One of the oldest and notable galleries is The Louvre was opened in 1793 as a contribution to the cultural dimension of the French Revolution. Meanwhile, the first public art gallery in Melbourne, the Museum of Art, which is known today as the National Gallery of Victoria, features the highest number of Italian artworks in Australia.

The Italian influence is also greatly seen in Australia’s cinematography. The 2004 movie entitled “Love’s Brother”, award-winning director Jan Sardi explores the world of his Italian roots. The film presented some great insights into life in the Italian community in Australia during the 1950s.

It’s not only at restaurants do Australians enjoy authentic Italian food. Even in their very homes, they get a taste of Italy. Italians have transformed the Australian food culture very heavily. Their influence dates back to 1770s when Australians had very little food supply. Italian immigrants introduced olive oil, pasta, pizza, cappuccinos, salad, and wine which all became integral parts of the Australian cuisine.

When British migrated to Australia in 1786, they brought ingredients from their native country. These include flour, sugar, salt, tea, beef, and chicken. They also introduced farming and cultivation of several plants and seeds.

Up until today, most Australians are very much aware of traditional Italian food. They know that pasta should be cooked al dente and Napoli pizzas should be a bit charred. Australians also enjoy gelato as a dessert, and a variety of salami meats are often served during family celebrations.

Italian cuisine has remained central to Australian dining, despite the influx of more international cuisines. A large number of Italian restaurants in Darling Harbour simply show that Italian dishes will always be served in Australian dining tables.

Italians are also known for their sporting abilities. They were the ones who introduced soccer and tennis to Australians during WWII. Today, Australians watch out for the Grand Slam – Australian open and even a soccer team.

Many Italians have also left their mark in the lives of Australian people through their valuable contributions in various fields. In entertainment, some famous Italian actors include Greta Scaachi and Anthony LaPaglia, Salvatore Coco, Vince Sorrenti, and Danny Raco. In the field of journalism – Paul Bongiorno, Jane Gazzo, and Steve Pizzati. Even in politics, Italian Australians have also succeeded, such as Anthony Albanese and Franca Arena.

The Italian presence in Australia dates back to the time when the country was discovered by Captain James Cook on his voyage. For hundreds of years, they became a part of Australia’s history. From small agricultural communities in the 1770s to the millions of people who form part of the 3rd largest ethnicity in the country, the Italian influence on the lives of Australia is absolutely undeniable.

Since Italian immigrants came to Australia, they have made significant contributions to all facets of Australian life and culture, from arts and entertainment to sports, politics and more.

Italian influence is also heavily present in Australian cuisine. Italian food is popular all over the world for its simplicity, freshness, flavor, and quality. Not only is it served in the famous restaurants across the country, but Italian food is also served in Australian households. It is enjoyed by families and friends, from their usual dinners to special get-togethers.

Elizabeth is a freelance writer. She gets a huge dose of inspiration from travelling and food especially when it comes to trying a new cuisine, no matter how odd it may seem. She has visited a lot of countries, however there are places she wishes to be in. 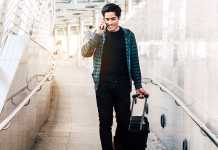