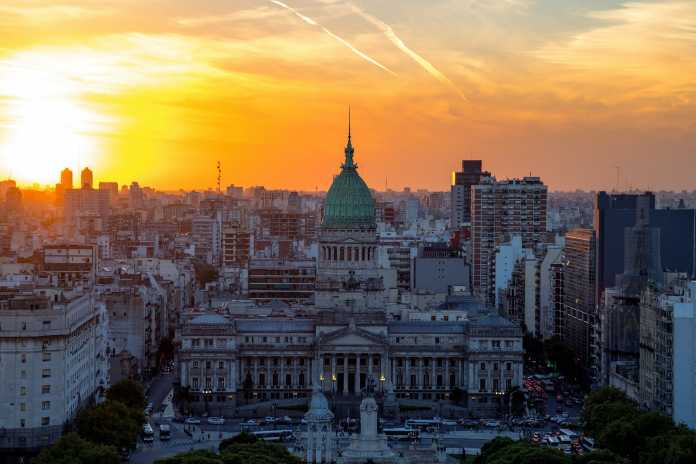 Latin America is consistently making a name for itself within the global economic ecosystem. The region is one of the most culturally, environmentally, and economically diverse and rich in the world. For some time, few regarded it as a hub for innovation, invention, and economic prosperity. However, the region has built itself up to be a strong, international player. Leveraging its assets, many countries positioned themselves as ideal hosts for FDI, startup activity, and international partnerships. Thanks to the effective positioning, Latin America came to be known as a startup epicenter. There are a few countries in particular which carry this title and lend it to the greater region. Below, we dive into an overview of the Latin America’s first startup epicenters, and the ones that are up-and-coming.

To date, Latin America as a region has grown both economically and technology in recent years. Progress on the part of a handful of countries has been exponential. As a result, the entirety of the region has benefited. Increases in FDI flows, globalization, international deals and partnerships, and an improved reputation have all affected Latin American countries positively. These favorable effects were brought about thanks to Latin America’s first startup epicenter locations. Nascent businesses with innovative ideas and solutions attracted intrigue and investments from some of the world’s biggest and more competitive businesses and funders. At the forefront of this economic shift in Latin America were three countries, all which present an opportunity for Australian business. Colombia, Mexico, and Brazil were the original countries labeled as a startup epicenter. Each played a crucial role in the sudden interest and growth in Latin America. Now, still going strong, they serve as roll models for the next startup epicenter.

Nowadays, many consider Colombia to have one of the world’s greatest emerging economies. The Andean country didn’t just stumble upon this favorable reputation though. Since the mid 2000s, the government has been working to make safety, political stability, and economic prosperity its top priorities. Over the years, new leadership, allies, laws, economic treaties, and aid programs have helped advance these goals. Continual progress and attractive economic opportunities quickly enticed foreign governments and businesses to the area. Allyship and investments began flowing into the country at steady rates. Ultimately, the progress Colombia made under its national safety/security, political, and economic pillars was the impetus to its reputation as a startup epicenter.

To stimulate entrepreneurship and startups, Colombia took the investments it was receiving and invested it into rebuilding cities, educating the youth, and accelerators, incubators, and other programs for startups. These programs gave Colombians the financial, educational, institutional support they needed to form startups. Such emphasis on innovation, independence, and technology ignited something in the country’s population: an undeniable, unstoppable entrepreneurial spirit. As a startup epicenter, Colombia saw many businesses forming around tech-central industries and sectors. The country’s most famous tech-inspired startup, Rappi, secured a $1 billion deal with Japanese investment company SoftBank. Colombia is still very much a strong, present startup epicenter in Latin America.

Piggy backing on the startup epicenter trend was Mexico. Now, the country is one of leaders of technology and innovation in Latin America and even in the world. For so long, it was hardly regarded as more than a gimmick trade partner for the US. However, thanks to its focus and dedication to entrepreneurial development and education, the economy is thriving and growing tremendously. Goldman Sachs forecasts that by 2050, Mexico will have risen to having the fifth largest economy in the world. To the up-and-coming countries with a startup epicenter, Mexico can serve as a reputable, positive example to follow.

Mexico jumpstarted its startup epicenter back in the early 2000s as well. The first noteworthy players in the game were actually Mexican venture and seed capital firms. Funds and support for entrepreneurs from these private labels served as the catalyst to the identity to come: startup epicenter. Later, the government, accelerators, and incubators jumped into the mix as well. Now, the country dominates Latin American startup industries like FinTech and e-commerce.

Finally, Brazil is notably a startup epicenter leader. The country reports that at least 25% of its population is self-employed. As Latin America’s strongest startup economy, Brazil has been setting the example for the rest of the region for many years now. Tackling industries like FinTech, biotech, e-commerce, and real estate helped all of Latin America power through its 2012 recession. As these industries and startups developed, Forbes magazine saw the writing on the wall and deemed the country “one of the most entrepreneurial countries in the world.” This high praise, followed by favorable predictions from other news outlets, government agencies, and multinational businesses, positioned Brazil beautifully. Interest and investments began pouring into the country.

Moreover, to attract foreign investors to its startup epicenter, the country launched Startup Brasil. This government initiative to support and grow the startup industry came with a $78 million funding promise. With the creation of this initiative, foreign investors and entrepreneurs flocked to the country. Latin America’s star performer quickly became the ideal destination for many investments, partnerships, and business deals/startups.

Following the lead of its Latin American counterparts is Argentina. As South America’s second largest country, Argentina has much in the way of raw potential and resources. Its vast population happens to be extremely educated. The country’s higher education system is free to all and well-renowned. Most notably, individuals pursuing engineering and tech degrees are highly sought after, both nationally and internationally. A talented workforce is one of the major components which is leading Argentina to becoming a startup epicenter.

The national economy helps this endeavor as well. Most recently, Argentina saw over $12 billion in foreign direct investment inflows. Additionally, international connections, partnerships, and trade deals position the country favorably towards being a startup epicenter. Argentina is a major player in one of the biggest trade blocs in Latin America: MERCOSUR. This bloc also includes startup epicenter leader and role model Brazil. Argentina not only has the raw human talent to build its startup empire, but also a helpful and influential network and role model.

Insight into Argentina as a startup epicenter

Just recently has the country started to pay more attention to its startup ecosystem. However, the late start hasn’t hindered the success that startups in Argentina could realize. The country is actively fostering the growth of tech startups that could rival major US startups. For example, MercadoLibre, Argentina’s national unicorn, is arguably Amazon’s competitor in Latin America. The country’s entrepreneurial sector is also effectively tackling other industries like IT-outsourcing, software, AgTech, FinTech, and HealthTech.

Argentina is also actively looking to grow itself as a startup epicenter, but beyond its national borders. Many startup companies have been looking to the US and Europe to expand and build partnerships and trade deals. Argentina’s economy actively invites this expansion and growth, as it will better-connect the country with the rest of the world. Moreover, Argentina could become a fundamental part of further connecting Latin America to the greater business community. The US markets offer Argentinian startups a particular advantage in terms of market potential, geographic location, and international growth. In 2018, a handful of Argentinian startups made their debut in the US markets by partnering with 500 Startups Miami for the Miami Growth Program. Building a solid foundation and attracting international attention and investments, like Argentinian startups have done, will build on the success as a startup epicenter.

Costa Rica is another country in Latin America that is positioning itself to be a startup epicenter. Although a small country, its economy is increasingly progressing and growing. Focusing mainly on tourism and green technology and operations, Costa Rica started to make a name for itself many years back. Together, these initiatives made up much of the country’s GDP. In 2018, this figure reached a record high of over $60 billion, and is growing steadily at 2.7%. These industries were also the main recipients of FDI inflows and project proposals.

Now, Costa Rica’s startup sector is coming to be as diverse as the luscious rainforests and natural ecosystems that the country is so famously known for. It now finds itself pivoting towards more business-focused endeavors, building on a handful of industries. The government, incubators, accelerators, and the first Costa Rican venture capital firm are working hand-in-hand to build the nation’s entrepreneurial and startup sector. Groundbreaking startup industries in the country include construction, education, human resources, software, and biotech. What is the common factor in all of these sectors? Technology underpins each and every startup sector these days, and Costa Rica is thriving off of it. English proficiency and technological development opportunities are plentiful and help drive startup success in the country. The capital itself, San Jose, is already home to 800 different tech companies, many of which are startups. With a solid foundation for tech development and entrepreneurship, many are trying to get in on the action this startup epicenter is starting to offer.

Overall, Latin America has a host of promising countries positioning themselves as a startup epicenter. With the help, guidance, and example of three strong, consistent startup epicenter countries, these budding ones will blossom with opportunity. Colombia, Mexico, and Brazil have laid the framework for how to be successful in this endeavor. Argentina and Costa Rica both have the raw materials and interest to turn into the next big startup epicenter of Latin America.