It’s hard to imagine that Venezuela was once the darling of South America, prospering in its rich natural resources and oil reserves that put the rest of the world to shame. But as one country was booming, another was lagging behind in its shadows.

Colombia, with its bandas criminales, wasn’t far off becoming a narco-state, regularly hitting the headlines with its high crime rate, faltering economy, and low standards of living.

Fast forward twenty years, however, and the two countries are today unrecognisable. Gone is Venezuela’s booming economy – inflation has exceeded 1,000%, the middle classes are moving elsewhere, and its government is in disrepair. Colombia, on the other hand, has changed its stripes, a FARC agreement offers a new sense of security, and the jurisdiction is growing, developing, and embracing globalisation with free trade and foreign investment.

But how did these countries’ fortunes change so dramatically? Where did it all go so wrong for one, and so right for another? And, perhaps most importantly, what does the future hold for these Latin American nations as we head into uncertain political and economic times?

The downfall of Venezuela

With the largest oil reserves on the planet, Venezuela enjoyed decades of economic growth between the late 90s and the mid-2010s, generating more than $750 billion when crude oil was at its peak. The country, at the time, was heavily dependent on its oil, with more than 96 percent of its foreign earnings made up of its exported petroleum. Its position on the world stage and economic confidence lead to heavy government borrowing – much to its demise.

State oil company PDVSA issued $62 billion in sovereign bonds and government officials borrowed money from China and Russia on top. In the space of just five years, debt in the country increased fivefold to a staggering $150 billion, as government spending soared and its budget deficit increased to 15% of the country’s GDP.

Many economists say that, at its worst, the country’s debts were on par with Greece, and by 2013 those debts had risen to 20% of Venezuela’s GDP. By 2013, the government had spent more than $700 billion on programs to boost the economy, encourage inward investment, and reduce its reliance on oil and natural resources, but to little avail.

The country began to struggle when oil prices collapsed, from their peak at $105 a barrel to as low as $47 a barrel in 2014. Prices dropped to just $35 in 2016, thrashing the country and reducing its oil revenues from $121 billion to just $48 billion, adding craters into its deficit.

Since then, matters have been made worse, with a lack of infrastructure investment leading to production and capacity issues. At its peak, PDVSA produced more than three million barrels per day, but figures from OPEC show that capacity is now just 1.5 million barrels.

Oil wasn’t Venezuela’s only downfall, however. Socialist leadership has been detrimental to the country’s economy and standards of living, with nationalised industries cutting jobs and investment, and 2003’s strict exchange control giving the country the ability to overvalue its local currency. State control has also lead to an increase in corruption, with businesses and officials diverting millions to the black market. Some estimate that the country has lost more than $300 billion to corruption within the past decade – money that it can’t afford to lose.

Despite once being labelled the narco-capital of Latin America, Colombia has endured years of recovery and today boasts a strong and stable economy. Being the world’s largest cocaine producer, Colombia has spent 30 years battling with drugs, including the Medellín cartel in the 80s and 90s. Since then, the country has developed a unique solution to its drugs issue that focuses on the root causes of the problems, rather than legislation and law enforcement.

Whilst some nations in Latin America have struggled with modern technology, Colombia has embraced the digital revolution, offering tax incentives for IT startups and giants which has enabled the country to build a $6.8 billion industry. Today, there are close to 2,000 IT and software companies in the country, and success stories, like the rise of the .co TLD, have put Colombia on the world map and allowed it to become a key tech player.

The impact of foreign direct investment in Colombia can be felt much further than in the tech industry, however. With a strong economic and political landscape, emerging economies in sectors such as natural resources and tourism, and impressive free trade agreements (the country boasts of deals with the European Union, the United States, and South Korea), FDI in the country has swelled to an impressive 58.8% of its GDP.

With a world-class infrastructure designed to facilitate trade, a significant consumer market with rising disposable incomes, and a robust and independent financial sector, Colombia has become a key player for businesses entering into Latin America. Indeed, global giants have been flocking to the country on mining and energy projects, and the UNCTAD’s 2018 World Investment Report shows that FDI grew to a record $14.5 billion in 2017.

The future is mixed

Colombia may well be home to one of the most stable economies in South America, thanks to thriving industries and reductions in narco-traffic and crimes, but it faces unprecedented challenges. On top of the changing political landscape across Latin America, threats from globalisation and a growing concern over healthcare and education, Colombia must depend on migration for growth and attract foreign investors who have increasingly greater choice.

On top of that, the country has welcomed in more than a million refugees from Venezuela, which is suffering from both economic devastation and political chaos. It’s estimated that more than four million Venezuelans have fled their home country in the past five years.

When economists and business leaders were looking for investments back in the 80s, few could imagine just how much the tables would turn. Venezuela’s story certainly isn’t over, but its economic and political challenges will require decades of austerity and strong leadership to recover. Colombia, on the other hand, has never been more attractive to both investors and local entrepreneurs, offering unprecedented opportunities for those who are interested. 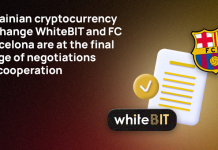 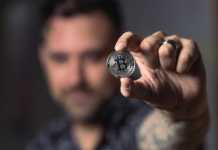