Home Technology Is augmented reality the future of online shopping?
Share on Facebook
Tweet on Twitter
Contents hide
What is augmented reality?
How is AR being used today?
What does this mean for online stores?
Where is AR today?
Stores that feature AR

What is augmented reality?

Augmented reality is an enhanced version of reality in which computer-generated images are placed within a physical real-world environment. The best way to experience AR is through a compatible device such as a mobile smartphone. It is in many ways similar to virtual reality, however with far fewer virtual elements and more “real” ones.

Once you fire an AR-based app, you will be able to view the real world through your smartphone, the same way you view things through the camera app. However, AR makes it possible to drop a 3D object into the environment that you are currently viewing. That object will be able to be viewed the same way you would view a real object of its size and nature.

You can walk around the object and view it from different angles. This will allow you to experience the item as if it were physically in your room. This simple concept combined with mobile technology is beginning to turn AR into a powerful online shopping tool.

How is AR being used today?

One of the most common uses of augmented reality is in the Google Map app. The app allows you to see a real-life view of a street with directions, arrows, and other information located within the images. This is among the most basic implementation of AR.

As mentioned earlier, modern smartphones with AR capabilities offer a wonderful experience for users who wish to introduce computer-generated imagery into real-world settings. Fun apps and games make it possible to chase down dinosaurs in your living room. You can also stack up computer-generated blocks on your kitchen table.

Social Media apps such as Instagram, Snapchat, and Facebook Messenger are currently popularising AR within mobile devices. Snapchat was one of the pioneering platforms to host AR. Almost the entire premise of the Snapchat platform is based around placing items within your phones camera feed using advanced AR capabilities.

Things are beginning to get a bit more interesting in the world of e-commerce. AR now allows you to place items from an online store within your home. In doing so, you will be able to preview store items such as lounge suites and frames within your own living room setting.

What does this mean for online stores?

Online stores are restricted to just a few means of presentation as well as just a few ways of persuasion. This means that shoppers must make a purchase decision based on a picture and a description. Innovative stores have moved further by customising their experience by using unique pictures of products as well as re-writing product descriptions.

Now, augmented reality allows online stores to offer its customers a tactile shopping experience that could possibly rival physical stores. Sure it won’t be the same as actually touching real products inside a real store. However, with AR, you can place these products within your house to see if they are a good match for your living room.

Apart from just pictures and descriptions, stores can now make use of AR to further entice their customers to purchase products. Offering customers the ability to place computer-generated images within their home can lead to an immersive and realistic experience for them.

Where is AR today?

Last year Apple announced ARKit for its mobile operating system iOS. The kit allows you to experience AR in Apple smartphones starting from the iPhone 6s until current smartphones. There are also a few iPads that support AR, like the latest iPad and iPad Pro.

Apple is making a major push into the world of augmented reality in the hopes of becoming a pioneer of the industry. There are already plenty of games and apps available on the Apple App Store that make use of AR technology.

Apple plans to take AR further by allowing two users on separate phones to interact with the same AR object together. This means that you and your partner can shop online at home and inspect the same item together within the comfort of your lounge. Google is also working on a similar concept for its Android smartphones.

Google also released its very own ARCore kit recently. This makes AR on Android smartphones a reality. However, there are just a few devices from Samsung and Google that currently support AR. Google does plan to compete with Apple in the race to AR and VR mastery. This means that there will be many new Android devices with the ability to experience AR.

The two most popular stores at the moment that are taking full advantage of AR are Amazon and Ikea. Ikea is one of the earliest adopters of the technology. The Ikea app allows you to use AR to overlay virtual models of Ikea items within a real-time camera feed from your phone or tablet.

The Amazon shopping app is similar to Ikea as it allows you to place 3D rendered products from Amazon’s lineup into your home setting. The Amazon app added AR to its iOS version of the app last year and has recently included AR in its Android app.

There are more manufacturers, brands, and stores that have been utilizing AR for years now. Converse and Lego were on board in 2010 with apps that featured basic AR capabilities. The Converse app allows its users to simply point their smartphone camera to their feet and select overlays of various converse shoes.

2017 was a big step for augmented reality. 2018 is proving to be a big step for online retailers who are beginning to embrace AR. The platform can only get stronger because smartphone manufacturers and developers are currently on a mission to push AR to the masses. Maybe now is the time that your store got on board as well.

Victoria is the co-founder of Ecango. The company’s mission is to empower small and medium-sized businesses worldwide to market like a PRO. She is passionate about web technology and digital marketing.

After working with eCommerce clients over the years, she realised there must be an easier way for them to generate sales quickly. That’s why she created the Ecango company that offers a SaaS marketing automation solution with simplicity at its core.

She believes that with the right strategies and powerful automation tools, SMBs are able to build a strong foundation to succeed online. 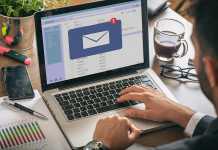 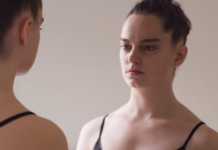 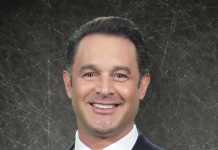 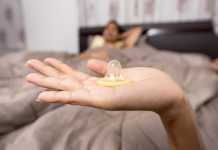 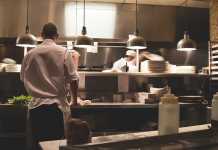