Everyone who’s ever become anyone in film knows that it’s not easy. It’s a constant battle to climb to the top and no one has it harder than directors and writers. Why? It’s because both are not able to sell from face value. The only option for them is to show their talent through hard work and perseverance.

This isn’t a bad thing, however; and in fact can be an excellent learning curve for anyone who truly has a passion for the film industry. Why? Because learning to make film without all the big studio budgets and safety nets is the true heart of film making.

Film is about building something from nothing and making it a masterpiece. What better way to learn that lesson than to spend time building and finding the cheapest and most effective ways to make film on a budget?

Perhaps the easiest and strangely also one of the trickiest things to do on a budget is lighting. While you may not be able to afford the thousands of dollars on lighting equipment to get that perfect visual pre-editing, you can easily make sure that your editor has an easy job once you’ve done your part.

Making use of natural lighting is always a great idea, but when you need a more controlled filming environment, you’ll be impressed with what a 5-in-1 reflector and some creative handiwork can create.

Probably the best lighting tool any budding ‘filmographer’ can have, combine it with a cool-shade LED or a warm bulb and use it to manipulate light to your heart’s content.

You may have had trouble in the past, or even are currently dealing with the drama of finding furniture for your sets. Don’t worry, you aren’t alone. Most budding directors find that creating a set is one of the most difficult parts of filming, and guerilla filming is often the go-to.

One great way to not break the bank and to build sets easily is to use milk crates. Everyone has at least 1 lying around and they’re easy to find, particularly in city areas.

Grab as many as you can and get creative with any fabrics and other things you can find. You’ve found the cheat most directors used while beginning their careers.

This one will cost you a little more cash, but is well worth the cost. All you need is a classic shotgun mic and some soundproofing foam tiles. Both can be found online for quite cheap. Try hunting around sites such as eBay.

Set up the soundproofing tiles in a small section of your house or wherever you do your editing. This will give you your own little recording studio when you need to go over audio in post-production.

Next up, your shotgun mic can be used both for recording and during post production. It is a must have tool for any budding film maker and will be the difference between amazing and poor audio.

Extra tip: you can get an audio extension cable and a dead cat muffler and attach those to any random pole you can get your hands on to act as a make-shift boom mic.

With your camera, you need to take into consideration the type of filming you are going to be doing. It can be wildly intimidating trying to choose your camera and lens pairing for a shoot, because there is so much technical hoo-ha to it that it can make your head spin!

A great idea is to try and save money on the rest of your film equipment and use that to put it into a decent camera. Consider what sort of lighting you need and your editing setup before purchasing, as you could save yourself some serious hard work with the right pick.

In the end, starting out in film is not going to be easy, but hopefully you’ll have found a few gems in our little list and you can strive to become the best of the best in the film industry. 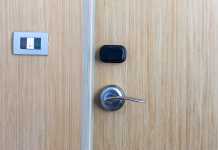 Do you need a smart door lock? 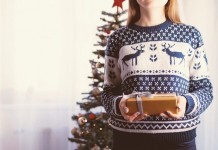 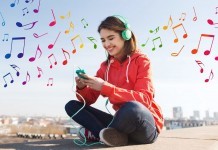 3 reasons to switch to a pair of wireless earphones