Buying a car has been commonly cited as one of the most important rite of passage in any teenager’s history. It marks the first time anyone has the power to go wherever they want to, whenever they want to (while considering curfews, of course) without having to abide by the restriction of public transportation or the willingness of senior family members to drive you to where you’d like to be. That feeling of going to a concert without having a parent dropping you off and picking you up is simply priceless.

Now, unless you’re part of the lucky 1%, your first car is either going to be an old hand me down or some beater you pick up from a used car lot for less than $5,000. If it’s the latter, then there are going to be a lot of inspection you have to perform in order to avoid from being saddled with a lemon. Engine inspections is a must but lesser known inspections, such as checking the paint with a non-destructive thickness measurement using an Elcometer, should also be up there near the top of your list.

Making sure that the car of your choosing runs reliably well is obviously important but if you’re using this car to commute to work or college, it’s also important to make sure that the car isn’t hiding any external damage underneath its already rusty paint. The thing is, it’s not that hard to cover up any exterior damage by using paint or by replacing the bodywork. What’s broken can always be fixed but what’s fixed will always be broken.

As such it is important to match a vehicle’s reported history with the vehicle’s actual condition. If you know what to look for, you might comfortable with simply doing a detailed visual inspection but for those that lacks the required automotive knowledge, using a tool that could help with non-destructive thickness measurement is indispensable. Technology has improved so much that there are now tools you could simply hold firmly against the side of the car and it will tell you accurately just how thick the underlying paint is.

Destructive coating thickness measurement is guaranteed to be more accurate, for obvious reasons. But, just how you’d prefer not to have your doctor cutting into you every single time you go to the doctor, you also prefer to not have to damage the exterior of car just to check the quality and veracity of the paint. Hence, the development of non-destructive measurement techniques. There are several types of technique available, which will be explained further.

As the name implies, this type of gauge works by taking advantage of principle behind the law of magnetism. Simply put, the device works by measuring the magnetic force between the iron-based materials that has been coated with the magnet attached to the device. The idea is that the lower the magnetic force, the thicker the coating and vice versa. The catch is this device will only work with magnetic materials, somewhat negating the usefulness of this device.

Like the above example, these devices also take advantage of magnetism but instead of directly measuring the magnetic force between the device and the underlying material, they measure the change in magnetic flux density between the probe attached to the device with the surface. Because the magnitude of the flux density at the probe surface is directly related to the distance between the probe and the magnetic surface, these devices can accurately measure the coating thickness applied to the surface.

The usage of this device is somewhat limited as it is limited to non-magnetic materials such as brass, copper or aluminium. That said, it’s particularly accurate and support for a wide range of thickness means that for materials that it does work on, it’s especially useful as a non-destructive thickness measurement tool.

This type of device is used on non-metal substrates such as plastic. It works using the same principle as the typical radar. The probe attached to this device sends an ultrasonic pulse that burst through the coating but is reflected back at the probe once it reaches the substrate. The device converts that reflected pulse into a high frequency electrical signal, which is then used to determine the thickness of the coating.

Other than the four types described above, it is actually possible to use micrometer to determine coating thickness. Since micrometer is a purely physical device, it can be used with any types of coating and substrate but with the major caveat of requiring access to the naked substrate. Only then can you measure the thickness of both the naked and the coated substrate, with the difference between the two defined as the coated thickness.

This method obviously sees very limited usage since it requires access to both the surface of the coating and the underside of the substrate but it’s still something worth mentioning. 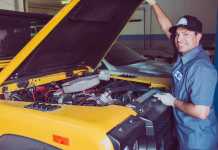 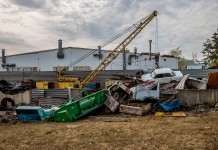 Car wreckers: Tips for getting top dollar for your old car 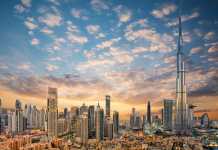 Life in Dubai: Is it so strict as we imagine?

The hottest tech launches of 2017

The 4 best places to get your car washed in Adelaide