Smartphones are an integral part of today. Most people use their smartphones for basically everything, from their wake up alarm, to their fitness, business, health, friendships, religion, relationships, recreation and so much more. The cool features on these smartphones are basically the apps pre-loaded or downloaded onto the smartphones. New apps are being developed daily and with these new apps, new smartphones features are bound to pop up as well.

If you have an idea for a great app, one that is sure to be the final solution to that specific nagging problem, or you’re trying to develop that next new cool, indispensable feature, your idea isn’t all you need.

Hiring a suitable app developer isn’t as complicated if you know the right steps to take and the qualities to search for. In order to hire a suitable developer(s) for your mobile app projects, you need to put a few things into consideration. Here are a few tips you would want to consider;

What kind of app project do you have in mind?

When deciding who to hire for your mobile app project, it is quite important to consider the prospective developer’s strong suit. If you are thinking of enlisting the help of a developer, you must first be sure of your target platform(s). If you want to develop an app for Android or IOS or both, this should influence your decision to hire a developer or team. Some developers are proficient in both platforms, and with the increasing popularity of cross-platform app, one might be tempted to hire a developer that can do both; two for the price of one.

This is a false assumption however, as the best user experience is achieved with a developer that specializes in only one platform. If you decide to work with a team of developers though, this is no issue as the team is most likely to have a specialist for both platforms.

Location of the developer

A successful developer or team of developers would have a list of previous clients with whom they previously worked. In addition to the portfolio, previous clientele further familiarizes you with the type of team or developer you’re working with. A developer or team of developers with top rated clientele shows a high quality and commands a certain level of confidence. This might come at a steeper price, but the assurance of quality is well worth it.

When working on a mobile app project, timing is vital. Is important the complexity and function of your project is communicated with the developer, this will ensure that the developer or team is aware of your timeline and will work accordingly.

The number of hours, days or weeks required to work out your project also greatly influences the cost as most developers charge by the hour, hence, a mobile app project requiring days would cost much more than one that takes a few hours.

Amateur developers may often quote a price below the average market price, this doesn’t necessarily mean a simultaneous decrease in quality, it is often a strategy used by rookies to get their stuff out there and make a name for themselves faster, so if you’re lucky enough to find a rookie with the required skills and specialties at a reduced cost, verify their proficiency and hire them.

this is quite necessary, although the process of app development is one that makes it easy or even normal to bypass documentation, when trying to hire a developer or team, the need for proper documentation that may be used to improve the app in future.

The process of hiring suitable developers for your mobile app project is not one that should be rushed or done carelessly, your choice of developer or team directly influences the final outlook, feel and interface of your mobile app project. Hence when hiring, careful consideration and information are vital in making the right selection.

Ifeanyi Alex Ezeofor, is a multi-faceted ICT developer who drives the team of developers to accomplish her vision and everyday task. He is passionate about the use of technology as a tool and also seeing technology being done right. He was also a winner of the developer-focused competition powered by Intel®. An App Innovation Contest event spanning 20 countries in different regions. 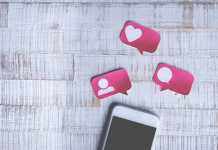 4 reasons you must embrace push notifications to increase revenue 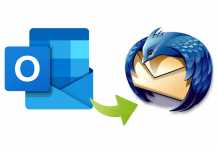 How to transfer emails from Outlook to Thunderbird 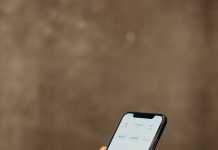 What to pack for your Caribbean holiday trip: The ultimate smart...

Holidays & Outings
Whether you've planned out the ultimate Caribbean holiday or you plan on going island hopping in Greece, you must consider protection from the heat...

Maarten Cox talks about his travel guides for backpacking in Southeast...

Interviews
Maarten Cox is a veteran backpacker who decided that he wanted to give back by sharing his advice with those who want to enjoy...

Is the SEO industry right for you?

What you didn’t know about creating iPhone apps

Top 5 reasons why project management systems are a great investment