Snapchat has recently launched new filters with integrated object recognition. The new filters are able to recognise the content of a photo and suggest relevant slogan or sticker. With this latest addition, the company is hoping to increase its app popularity among social media users.

The new filters will automatically show up after a user snaps a photo of something that fits into a certain set of app’s categories. Users can also unlock the latest filters even when uploading images from their phones. At the moment, these categories include items like pets, beaches, concerts, food, sport and more.

For example, if a user snaps a photo of a pizza, the app will automatically suggest a slogan like “What Diet?”. Similarly, if the app detaches a holiday destination, such as an island or a beach, an “Ocean View” sticker will pop up. Snapchat’s latest launch went quietly as the new features were gradually presented to its users.

These filters are content-focused and it is still unknown which factors actually trigger them. They are located in the carousel section, and can easily be accessed by swiping left or right. The latest filter updates will definitely affect Snapchat’s popularity among social media users.

With these latest changes, Snapchat’s interface seems to be getting more easier and fun to use. In addition, these updates may actually tease some rumored redesign.

As CEO Evan Spiegel recently announced, the company is in the middle of the redesign process. He explained that over the years, the company has received many critics regarding the level of usage difficulty.

Snapchat’s users were apparently complaining that the popular app can be difficult to understand and not so user-friendly. As a result, Spiegel and the team decided to establish some crucial changes.

As he explained, the team is currently redesigning the app in order to make it more easier to use. Snapchat’s CEO also added that the company is aware that the redesigning process may conflict their regular business process, but he is confident that if that happens, it will only be a short-term disruption.

What can we expect?

According to the rumours, the new interface will separate content into two sections – one including friends and second, public and influencer focused content. In addition, the new algorithm will differ from the current chronological order and be more focused on presenting the right content relevant to each user.

Rumours are also claiming that the new update will be released on December 4, however, there wasn’t any official confirmation from Snapchat yet.

Originally from Belgrade, Serbia but now based in Sydney, she is a writer and a digital marketer but also a true Star Wars fan, who lives and breathes everything digital. Contact: [email protected] 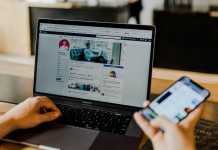 How to earn money online using social media in 2022? 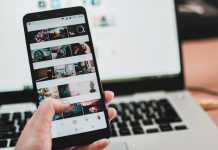 Reasons and solutions: why does your social media marketing not work? 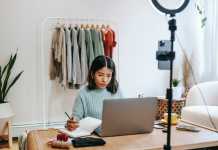