Have you heard about the load cell? Do you know that it’s one of the most important equipment in the automobile and weighing industries?

In this article, I will guide you through everything you need to know from A-Z about the load cell.

What is a load cell?

A load cell is a type of force gauge. It consists of a transducer that is used to create an electrical signal whose magnitude is directly proportional to the force being measured.

A load cell is built from strain gauge, in which the circuit is arranged in the Wheatstone bridge manner. The pressure or force created by the object is then converted into an electrical signal, which can be read and displayed on the monitor screen.

The load cell can be mainly divided into five types, based on the industries and usage:

The force exerted on the strain gauge load cell causes it to change its shape, which eventually shifted the circuit board’s reading.

So we can conclude that any changes in the shape of the load cell will display different readings, based on factors like stress, strain, pressure, etc. which ultimately is converted into electric signals.

The load cell in weighing machines

A load cell is one of the significant electronic equipment in weighing machines. This is because it acts as a media between the weight indicator and actual weight readings.

Load cell works by transmitting an electric signal to the weight indicator, which in turn will amplify the electrical signal (usually, the signal receives from the load cell is small, between 0-10 mV/V).

This amplified electrical signal is then converted to a digital signal (Analog to digital conversion) to get the actual weight reading.

There are two types of load cell which is used in truck weight scale, i.e. Ball type and Column type.

How to choose/buy a load cell

When choosing a load cell for your weight scale, there are basically 6 factors you should take into consideration. The factors are as follows:

Besides the factors listed above, when ordering the load cell from your manufacturers, make sure they are just in the right range.

If it’s too less, the chances are that it will be overweight and the load cell might break. If it’s too much, the results of the weight might not be accurate.

What is load cell malfunctioning, why it happens and how to prevent?

A load cell is said to be malfunctioned if it is not able to measure the electrical signal impulse or fail to deliver an accurate reading – lesser than the actual value(underload) or greater (overload).

The best way is to try to avoid the above situations. Use the appropriate type of load cell for work. Double-check on the weight range which it supports.

For preventing against lightning, install Shield wire between the upper and lower load cell mounting to bypass any extra electric lightning to avoid any damage.

Different types of load cell can support a different range of weights. To understand this, I will provide you an easy-to-understand method and formula to calculate and estimate an approximate load cell range required for your work.

So, the formula is:

Applying the formula, we get,

So, we can conclude that the range of load cells required is 350 Kg or greater.

And that’s all for everything you need to know about the load cell and use in weight industries.

Understanding the use of different types of load cells for each work is one of the most important things to keep in mind.

This will not only help you with weight accuracy but also prevent any possible damage to the equipment.

So have you ever experienced with load cell malfunctioning? Let me know in the comment section

Usman Raza is the co-founder of Christian Marketing Agency and marketing strategist working with various brands online, and the content marketing manager of a Los Angeles Digital Agency, PSD to WordPress, and Nano Hearing Aids. He is devoted to helping small businesses bridge success gaps by providing in-depth, actionable advice on digital marketing, SEO, and small business growth. Follow him on Twitter @usmanintrotech. 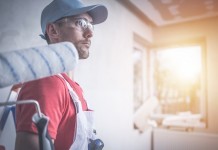 The best reasons to get a house repainted 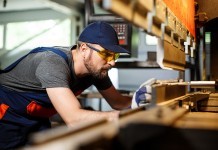 All you need to know about steel fabricators 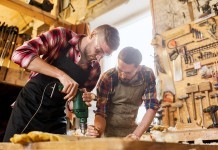 How to negotiate a housing rental price

Jonah Hill drops out of talks for Matt Reeves’ “The Batman”

What is off grid solar and how does it work