We are literally just a couple of months away from the premiere of Star Wars: The Rise of Skywalker. The J.J. Abrams directed film will be the final chapter of the current Star Wars trilogy and will serve as the finale to the Skywalker Saga. Fans around the world have been eager to get a sneak peek for the upcoming movie and the final trailer dropped on YouTube last night. Episode IX’s trailer shows a glimpse of numerous characters appearing, though a few of the scenes might make you teary-eyed.

Because of the huge anticipation for The Rise of Skywalker, tensions will be really high on the way to its premiere. Rian Johnson’s The Last Jedi had a good amount of backlash, while Solo fell short in having impact with the fans. The final trailer of episode IX already shows a good amount of emotional moments that will definitely pull on your heart strings.

Contents hide
You Are Coming Together
Rey and Leia Hugging
Always

You Are Coming Together

A lot of Star Wars characters lent their voices for episode IX’s final trailer narration. And what comes as a surprise is Palpatine played by Ian McDiarmid, who seems to have an enigmatic part in the story. In his voice over, Palpatine teases mentions that the heroes coming all together is what will lead to his return to power. While this seems to be a tad bit Machiavellian, it narrates over a scene where the protagonists are seen in the cockpit of the Millennium Falcon.

Everyone is here. Rey and Chewy sitting in the cockpit as Finn and Poe enter. It is curious to see how their dynamic will work given the personalities in the shot. These characters were kept away from each other in the first two films. Rey only met Poe during the last moments of The Last Jedi. There is something innately satisfying seeing protagonists of a story converge in an iconic place like the Falcon’s cockpit like the O.G. heroes had done before them during the Lucas trilogy.

The emotional scene shows Carrie Fisher’s Leia embracing Rey. It’s still unknown what part of the movie this scene will happen even though it’s been used as a teaser before. Fisher’s role in the final film will probably be limited, given that the actress has passed away and will apparently be included in the film via the unused footage of her appearances in the first two movies. Fisher will still be top-billed in the film’s poster even if it’s going to be a posthumous showing for her which will definitely be a tad bit heavy of an emotional ride for Star Wars fans.

The final moments of The Rise of Skywalker’s trailer proved to be a roller-coaster of emotions as Rey comes across Palpatine’s throne. The scene is enveloped by the voice over of Mark Hamill’s Luke Skywalker saying ‘The Force is with you‘, with Carrie Fisher’s Leia ending it with ‘always’, which will make the hair at the back of your neck stand.

It would be clever of Abrams to pay tribute to the late actress throughout the film while at the same time moving the narrative forward. The Force Awakens revolved pretty much around Han Solo, The Last Jedi on Luke, and what a better way to give the franchise’s greatest heroine her sendoff but to end her story on a high note, no matter how heart-breaking her end may be.

New Orleans gets The Wizard of Oz treatment in Bourbon Whiz

Personal finance lessons from Confessions of a Shopoholic 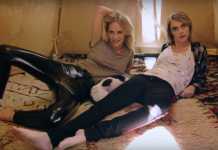 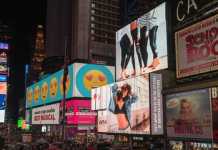 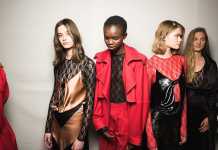