Amazon Prime has been in competition with Netflix for years now, and with Disney+ hogging the ball at the moment when it comes to streaming classic and fresh content, they needed to step up their game. They did. Here are a few films that Prime has added recently that you might find interesting. Oh, and uh… Make sure you have a membership. Lots of illegal streaming sites at the moment, be careful.

Kathleen Kelly (Meg Ryan) is a struggling boutique bookseller and hates the owner of a Foxbooks chain Joe Fox (Tom Hanks) who just moved in close to her business. The two, however, start a random and anonymous online romance way ahead of its time, not knowing that they were at odds in real life. After realizing that the woman that has smitten him on the internet was, in fact, his business rival, he now needs to come to terms with his real-life perception of their predicament.

Jimmie (Jimmy Fails) and Mont (Jonathan Majors) are two friends who are trying to figure out how to get back the house that Jimmie’s grandfather built. The ordeal leads them to a journey of self-discovery with their past.

Pete (Mark Wahlberg) and Ellie (Rose Byrne) realized that they wanted to start a family and discover the world of foster care. The couple was praying to be able to adopt a child but ends up fostering three kids. The two must now find a way to make their newfound parenthood to work and attempt to make them and their new kids a family.

Howard Hughes (Leonardo DiCaprio) is not only an aviation tycoon and billionaire but is also a prominent celebrity who has directed Hollywood hits like Hell’s Angels, and an amorous savant when it comes to female celebrities. Amidst the fame and wealth and recognition, Hughes is a tormented man stricken by grief and depression.

San Francisco is swept with fear during the ’60s and 70’s when a serial killer calling himself the Zodiac prowls through their streets waiting patiently for his next victim. A group of people comprised of reporters (Robert Downey Jr., Jake Gyllenhaal) and investigators (Anthony Edwards, Mark Ruffalo) become obsessed in cracking this very elusive serial killer and trying to find out about his identity. As they scratch their heads and pull on their hair every day that passes by, the Zodiac starts to develop a high body count while sending cryptic ciphers to the men that are trying to catch him.

Daniel Jones (Adam Driver) is an FBI agent who finds himself uncovering an investigation that digs into the CIA’s alleged torture of suspected terrorists after the events of 9/11 where the CIA apparently transitioned towards a new method of getting information.

New Orleans gets The Wizard of Oz treatment in Bourbon Whiz

Personal finance lessons from Confessions of a Shopoholic 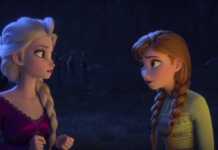