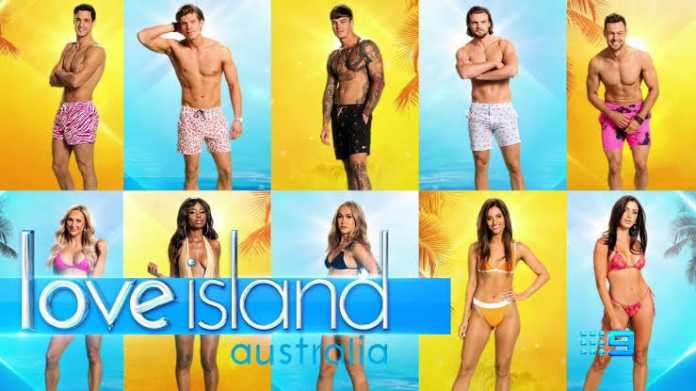 Love Island Australia is an Australian dating show which is based on the British television series Love Island. The first season of the show was presented by Sophie Monk and was narrated by Eoghan McDermott.

The show airs on 9Go! And 9Now an first began airing on 27 May 2018. The show also airs in the United Kingdom and in Ireland and is available in New Zealand on TVNZ OnDemand.

The second season of the show first began airing on the 7 October 2019 on the Nine Network and 9Now, season two of the show was relocated to a Fiji Villa.

What is the premise of the show?

Love Island is a dating show that involves a group of contestants, known as Islanders in the show, who are isolated in a villa away from the outside world and put under constant video surveillance. To survive in the villa, the contestants are coupled up with other contestants for love, friendship or money. The surviving couple wins $50,0000 at the end of the show. On the first day at the villa, contestants pair up based on first impressions but are forced to ‘re-couple’ at several points throughout the course of the show. During the ‘re-coupling’s’ the pairs can choose to remain together, swap or change their coupling arrangements.

Any contestant who is left single after the coupling is eliminated from the show and dumped off the island. Contestants can also be eliminated by public vote, as the audience can engage with the show through an app available on smartphones which lets people vote for their favourite couple and who they think is the most compatible.

Couples with less votes are at risk of being eliminated from the show. A twist sometimes occurs on the show where contestants are forced to vote on of their own members of the island. During the last week of the competition the public can vote for which couple they want to win the series and take home the $50,000.

Love Island Australia started filming following the end of the third season of the UK version of the series, with Sophie Monk being announced as the presenter on the show in 2017.

The show is filmed in exotic locales and island villas. The first season in Australia was filmed in Mallorca, Spain. The villa in season one featured an open-plan living space which had one large bedroom for the islanders to sleep in. The villa also had a number of day beds outside for uncoupled partners to sleep together and a hideaway bedroom for couples to get some privacy away from the other contestants as a special reward. The villa in Mallorca also came with a pool, hot tub and a fire pit. The villa was surveyed by 65 cameras and 55 microphones which caught all of the action between the couples.

Season two of the show was filmed in a Fiji villa, a beachside villa with a pool located on a hill-side. The stunning property is a white villa that includes a number of day beds and a single bedroom again. The villa also had a partially uncovered cooking area and secluded seating areas. Like the Mallorca villa, there is also a giant fire pit.

How has Love Island Australia been received?

Love Island Australia has averaged around 200,000 viewers since its launch for its main broadcast, the viewership increases to an average of 511,000 when viewers from Nine’s streaming service 9Now. The show does the best with the networks youngest key demographic of 16 to 39 year olds. The show generated more than 150 million views from its Youtube channel, although 85% of those views were from viewers outside of Australia and the views cannot be monetised.

In the first week of the show there were several dates between contestants. Kim went on two separate dates with Josh and Charlies and the public votes for a date between Cassidy and Elisa and John James.

The date consisted on the trio drinking mojitos on a wharf. The contestants also participated in a number of challenges including ‘Spin the Bottle’ and the ‘Hole Package’ which involved the girls ranking the boys. The winning boy, Eden got to choose a girl to invite to the ‘hideaway’. On the seventh day of the show, Charlie was dumped from the island.

On the second week of the show there were several new contestant entries, including Françoise and Jaxon. Françoise was coupled with Elias, which left Cassidy single. He went on a date with both Elias and John James. Erin and Eden also went on a shopping date. The contestants played ‘pashtag’ and a strip tease by the boy contestants. Kim and John James both left the island in this week.

On the third week Mac and Dom both entered the villa. The islanders were also once again recoupled. The new contestant Mac, chose to partner with Jaxon. Eden and Erin remained together, as did Justin and Millie, Grant and Tayla. Elias chose to partner with Françoise whilst Josh was paired with Cassidy, who later paired with Dom, leaving Josh single. Natasha was eliminated from the show, as was Justin.

In the fourth week Teddy, Amelia and Shelby entered the show. The couples were recoupled again, with Teddy choosing to couple with Mac. The girls then chose who to partner with, Millie coupled with Dom, Françoise with Josh, Cassidy and Grant, Tayla and Jaxon and Erin and Eden. They recoupled again a few days later with Shelby selecting Jaxon and Amelia with Josh. Dom chose to stay with Millie, Eden stayed with Erin, Grant chose Tayla and Teddy coupled with Françoise. Cassidy left the show in the fourth week.

In the fifth week, Mark and Kory entered the villa. Françoise was left singled and dumped from the island and Jaxon later followed him.

Week six saw the couples recoupled for the last time. Amelia stayed with Josh, Tayla stayed with Grant, Erin stayed with Eden, Shelby coupled with Dom, Millie chose Mark and Mac coupled with Teddy. Kory was left single and dumped from the show. Tayla and Grant won season 1 of the show.