No matter where your political opinions lie, rising heat levels is probably one of the biggest issues affecting humanity right now. In neighbouring India and Pakistan, temperatures reach upwards of 50 degrees Celsius, and earlier this year, a stretch of road in central Victoria melted due to heat. There’s not much we can do about the outside heat but when it comes to indoor temperatures, slathering your roof with a heat-reflective coating might just be enough to make the intolerable, tolerable.

While as a solution it might seem a tad too simplistic, heat-reflective paints are actually a very effective solution that it was very widely used across the Australian outbacks. While using heat-reflective paints can be cheaper, not to mention more environmentally friendly, than installing air conditioners, it can still be quite expensive. As such, you should try to not apply them not more than necessary, using paint thickness devices to make sure you’re not slathering them too thick.

In late August of this year, then-prime minister Malcolm Turnbull caved to pressure from his party and dropped plans within the government’s new energy policy to include more stringent carbon emission reduction targets. Somewhat ironically, he announced this turnabout a day after he committed $1.8 billion in relief fund for farmers that has been hit by this year’s devastating drought. Essentially, Australia has now followed the United States dubious lead in backing off from the Paris Agreement.

At some point, that cycle has to be broken and one of the way we could do that is by using heat-reflective paints to reduce indoor temperatures which could in turn, reduce our dependence on air conditioners. In countries like India and Pakistan for example where air conditioners are still considered a luxury, forgoing them can be a boon to parts of the population that can’t afford them in the first place.

While it’s true that simply using white paint is enough to reflect the majority of solar radiation from your roof, using white paint might not always be an option. For one, the highly reflective nature of the color white can be dangerous when there are taller buildings around. The reflection, but not necessarily the heat, might shine directly into the windows of adjacent building, which if not dangerous, are at least annoying.

The above reason is also why buildings around airports might not be allowed to use white as the color of their roof, since at certain angles, the reflection might negatively affect aircraft pilots. The solution then is to use similarly light colors that will be able to reflect heat but won’t blind tenants from adjacent buildings or aircraft pilots. The problem of course is that none of these colors will be able to reflect heat as well as a ‘flat’ white.

To remedy this, the paint itself contain infrared and mixed metal oxide pigments, which were much more efficient at reflecting the sun’s radiation, on which energy is mostly contained in the infrared spectrum. While it’s true that UV light is more damaging than infrared, most of them dissipate when it hits the atmosphere. Other than to simply reflect heat, this type of paint also dissipates heat that does get through into the substrate material instead of directly to the room inside.

It should be noted however that there’s a limit to what heat-reflective paints can do. Simply adding more layers of paint won’t reduce indoor temperatures any further and would do nothing more than to add to your costs, since you’re applying more paint. Other things to keep in mind is that they might work against you in the winter, where heat turns into a commodity and using heat-reflective paints might lead you to rely more on space heaters.

The advantages of heat-reflective paints

All they do is reflect heat but that one simple act could lead to more benefits that you might not be aware of. First of all, the less heat that hits your building, the better it is for your building’s durability. Extreme heat may damage roof materials and the paint itself and using heat-reflective paints could help extend the durability of your roof and the life-cycle of the paint itself, allowing you to spend less time re-coating your roof.

One other advantage is that it would severely cut your electrical bills by saving you from having to use air conditioners, or at least by limiting their usage only when it’s extremely hot outside. It won’t be as financially beneficial as putting up solar panels on your roof, which can convert solar energy into electricity but at the same time, using heat-reflective paints won’t cost you an arm and a leg either. 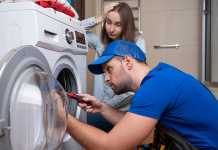 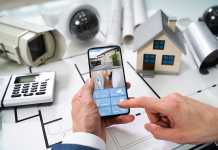 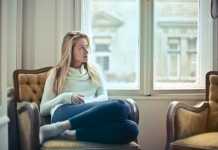