In 2005, BBC Radio 4 held a poll asking the public on what they consider to be Britain’s greatest painting and when the results were counted, Turner’s magnificent The Fighting Temeraire came in first place.

Part of the reason why the painting won was I’m sure because of the significance of the subject matter, depicting the HMS Temeraire, famous for its role in the Battle of Tralfalgar being hauled away to be broken up for scraps with a beautiful, melancholic sunset as its backdrop but measured by the quality of the painting itself, it’s still a magnificent piece of art.

I’ve never had an eye for paintings, music and literature have always been my preferred medium, but Turner’s work was something of an exception. His sunset in The Fighting Temeraire for example, managed to convey just the right mood with its layer upon layer of colors.

Industrial painting doesn’t carry the same glamour but there’s a good reason why you might want to use more than one layer of paint with a primer coat. Applied with the right thickness, a primer coat could help negate the imperfections of the surface and it’s important to keep thickness meter such as an Elcometer 456 close by before you start painting.

The primer coat is named so for its singular purpose, to prime the surface or the material before you apply the actual paint. Think of it as the base layer of paints and you’re closer to the truth than you might think. At its core, primer is a paint product that is designed to allow the finishing paint to essentially stick better to the surface. As such, primer is designed to adhere itself to the surface and form a layer that is more suited to the finishing paint.

When you’re dealing with a relatively porous surface such as concrete and wood, primer is essential in covering up the imperfections inherent to the surface itself, evening out the surface to create a more uniform base for the finishing paint to be applied on the surface. Normally, primer coat is white in color but it is possible to add pigment to the primer so that it would closely resemble the finishing paint, which can be useful if the final color is of a relatively light tone.

How primer coat can be useful

As has been stated before, primer coat’s sole purpose is to create an easier surface layer for the finishing paint to stick on but it is also useful for sealing whatever cracks and holes that might’ve existed in the surface in the first place, such as when dealing with porous materials.

Additionally, for materials that aren’t water resistant, the primer coat provides another layer of protection, especially if the surface in question is going to be exposed to the elements for an extended period of time.

Certain primers with stain-blocking qualities can also help with mold stains and other unseemly discolorations from being visible once the finishing paint has been applied. Primer coat can also be useful when the walls have been previously painted, especially if the preceding paint is of a glossy sheen, which doesn’t normally hold paint well. Different types of primers are available for different purposes and if you have a specific characteristic you’re looking for, make sure to use the most appropriate primer.

Oil-based primers are especially useful if when dealing with surfaces that are regularly touched upon during the course of the day, such as doors and windows but they’re slightly difficult to apply and maintain as they require the use of mineral spirits for thinning and clean up.

Other than for the above purpose, oil-based primers are also widely used on sensitive wood surfaces such as cedar and to cover up demanding stains such as from smokes and crayons.

Watermark your walls with water-based primer

Also referred to as latex primer, water-based primers are commonly used on surfaces that have been filled with paste but when applied on wood surfaces, they might cause grain rising on the surface.

To avoid this on bare wood, test it first in a relatively unnoticeable area to see if it does not raise the wood grain. Aside from that, water-based primers are also especially useful for blocking stains and when applied on new drywall.

Killing two birds with one stone with paint-and-primer

Filling in as a compromise instead of presenting the best of both worlds, paint-and-primer is meant to seal and cover the surface while still providing the finishing color. The problem is, paint-and-primer tried to achieve this by increasing the thickness of the paint instead of being formulated as a primer.

When applied to a new drywall or a surface that has been previously painted, paint-and-primer will do a decent enough job but on tricky surfaces or one that requires good stain-blocking qualities, paint-and-primer is definitely not recommended. 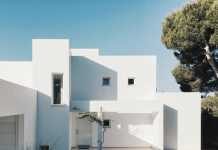 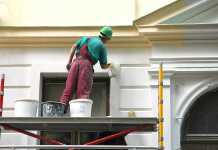 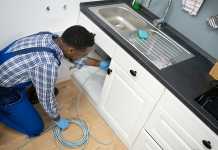 5 Most common culprits for blocked drains