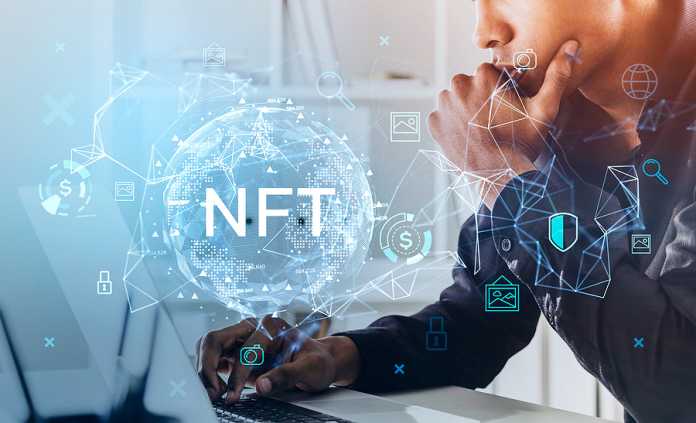 “Economics is the study of scarcity. Scarcity creates value. Value drives prices/money.” This was how economics was introduced to me in graduation by my then professor. NFTs or Non-Fungible Tokens are doing exactly the same to the art arena: they lend value to contemporary art by making them digitally scarce.

An NFT is a digital certificate of ownership of artwork stored in the form of a hash, using smart contracts, over a blockchain. Unlike Bitcoin or other paper currency, you cannot replicate a non-fungible token, i.e., they can be replicated and exchanged with a token or bill of the same value. Thus, every NFT is a unique token representing a digital or real-world artwork- in part or as a whole.

Even if the original artwork is copied or downloaded from the internet thousands of times, its originality cannot be denied, for its worth is stored in an NFT. For instance, you must have seen millions of replicas of the famous Monalisa, still the worth of the original artwork at Louvre, Paris stands intact.

The digital world has been swaying to NFT rhythms since Beeple first struck gold at Christie’s with his “Everydays” artwork. Since then, the NFT craze has almost become a mania with tweets, GIFs, memes, videos, animations, music pieces, signature dance moves, and almost every possible thing being minted into an NFT.

From NBA collectibles’ rage to Lindsay Lohan vouching for NFTs on Twitter, from Jack Dorsey selling his very first tweet to Shawn Mendes busy minting his own guitars- the list is never-ending. The NFT market is worth hundreds of millions today.

How are NFTs drastically changing the digital art marketplace?

The shift from physical auctions and art galleries to the digital NFT marketplace was inevitable, especially for the digital artists who were finding it extremely difficult to monetize their art on the open internet space. Most of them were still stuck on Instagram, waiting to be seen and strike a potential deal.

To this, Beeple, the million-dollar baby at Christie’s, says, “NFT-designed art is immediately distinguishable from Instagram, identifying them as a collectible.”

NFTs open a world of possibilities that have never existed before. There are quite a few reasons for the migration of contemporary artists to digital NFT space:

In earlier times, artists used to earn a livelihood by serving and painting for their patrons. NFTs are letting the artists find a way to monetize their art by re-establishing this creator-patron duality in a more democratic setup.

Whether seasoned or new, artists can compete on the same podium to grab the attention of art collectors, NFT traders, NBA fans, and anyone who seems to be remotely interested in them.

While mining an NFT, an artist gets to write the terms and conditions of the sale and ownership themselves, which would be forever written in the form of a smart contract. The artwork may be owned by anyone, but it will always be attributed to the original artist.

NFTs also make it easy to track the provenance and transaction history of the NFT artwork, which is now stored immutably on a block. Unlike real-world case scenarios where an artist is able to earn only from the first sale, in digital space, each time a resale is made, the accruing royalties from the sale can go to the original artist.

Talking about the physical artworks, an artist may choose to transfer or retain the physical ownership of their original work. The contemporary artists who might have been struggling for space to display their art or earn a living out of it would feel empowered, wouldn’t they?

Any work of art may be minted as a single NFT or as fractionalized shards that anyone may individually purchase. Whitney Biennial’s ‘89 Seconds at Alcazar’, a 12-minute video, was carved into a 2,304 piece grid. Each fragment of 20×20 pixels could be purchased individually and could be viewed as a tiny movie. With such use-cases at hand, ownership is set to be democratized.

The wonderful thing about NFTs is that they can be used to lend value to anything and everything. Artists such as Gig artists and meme-makers that relied on social media to monetize their work earlier can now mint them into assets worth owning.

The millennials and Gen Z today live an extended digital life and want to own things digitally too. As such, the collectors thronging at digital auctions and marketplaces are an equal mix of the old and the young. If one looks at the demographics, 64% of the participants at the Beeple auction at Christie’s were Gen Z and millennials.

Physical art marketplaces or galleries are heavily prejudiced towards a minority of known names while the majority of the lesser-known artists have to rely on keyholders i.e. the biased art institutions. The markets are fragmented, inclusive, and arbitrary. NFTs are an extensive use case where the utilities of blockchain are being used to disintermediate marketplaces and establish direct links between the artists and collectors via the NFT gateways.

Chennai-based Artist Dhanya Ajith was able to sell over 60 of her NFTs on three different global NFTs marketplaces since March 2020.

Talking further about the demographics, Elizabeth Meggs, a New York-based oil paint artist, points that 87% of major American museum collections are from men- out of which 85% are from white men. According to her, NFTs could bring a level playing field sans any conventional bias for male and female artists to sell their artworks, “I’m urgently encouraging all of the women artists I know to dive right into making NFTs. This is an opportunity!”

The art space had remained untouched for a long time. NFT, as a force, is here to disrupt it. By hashing the artwork over a blockchain, an artist is lending immense immutability to their artwork. Even if the physical artwork ceases to exist, is vandalized, or tampered with, the original copy stays intact digitally.

NFTs can be pretty fruitful for street musicians and artists, graffiti artists, or those that make ice or sand sculptures and want to mint their unique creativity. Pascal Boyart’s modernized street art, a mural based on Eugene Delacroix’s masterpiece “Liberty leading the Peopledemocratizeded over by the French authorities on the grounds of being controversial. Boyart’s message was blotted from existence, but the original work survives with 100 NFTs each selling for 0.5 ETH.

Many physical works, while being digitized, are enlivened with motion, audio, and augmented reality. Beeple’s work ‘Crossroads’ in the 10-second clip shows people moving to and fro before a heavily graffitied Trump (as it appears) lying facedown on the grass and with birds chirping in the background.

NFTs, by creating digital scarcity, are creating an alternative asset class that could subvert intellectual property and ownership rights in near future. They are a step ahead towards a robust digital art community collectively owning art.

Nischal Shetty is the Founder, CEO of WazirX, India’s largest cryptocurrency exchange (recently acquired by Binance). He is a huge blockchain advocate and influencer with over 100,000 followers. He has also been featured in Forbes ‘30 under 30’ list in the past. Nischal has been active in the space for a long time with the mission to involve everyone in the blockchain revolution.