When making iPhone apps, the odds are that it will end up successful if you adhere to the policies set by Apple and create something different. Among the devices that run using the iOS platform, the iPhone is by far the most successful. With an estimated 700 million units currently in use worldwide, iPhone apps give you the perfect platform for any category.

Developing apps for iOS is something you can learn from a certified developer training program or by using tutorials on the web. But mere technical knowledge is inadequate if you fail to comply with the regulations of the App Store. How novel and innovative your apps also determine its popularity among the users.

These are some of the things that you may never find in any training courses or online tutorials. As such, you are sure to miss out these crucial steps required when developing iPhone apps. Knowing about these can ensure that your app never gets rejected from the App Store citing compliance issues. Besides, it can provide a certain amount of guarantee about your app’s success and popularity.

Here are some crucial things they never tell but you should understand when making apps for iPhones.

The first thing to start off in creating your apps for iOS is to join the Apple Developer Program. It is a valuable platform for developers like you to reach out directly to the users through the App Store. By joining the Apple developer program, you will get access to many options for helping in your app development such as beta software, analytics, testing tools etc.

The advanced app analytics and testing tools can help you create an improved user experience to the app. The TestFlight Beta Testing enables you to test the apps before releasing on the App Store, which is an actual advantage. If you are new to developing iOS apps, then signing up for this developer program can guide you in building the app from scratch to finish.

Creating iOS iPhone apps is not simply based on its technical aspects. You must know the different rules and criteria that Apple maintains in the App Store. Failing to comply with them can lead to your app getting rejected from the App Store.

Apple has put up a list of common app rejections, which you need to go through in detail before you commence the development of the app. This include:

Prior to the development of your app, it is a better idea if you consult with your peers and seek their advice. If any of your friends or mentors are well-versed iOS app development, then it would turn out as definitely an advantage for you.

Having your friends speak of their opinion about the app and any suggestions regarding additions or fixes could help in making the app more efficient and user-friendly. This could act as an early feedback for your app to improve it right from the beginning so as not to get entangled in fixes and additions during the final stages.

Wireframing is one of the fundamental parts of app development for any mobile platform. Although some developers tend to skip over these process in favor of other aided design approaches, wireframing still constitutes a critical role in the development of iPhone apps. Sketching the layout of the app on paper along with the navigation and functionality of each section will give you an insight into how the app should work.

Besides, proper wireframing gives you a rough idea of the functionality of the app, which you can present to your client or customer. They can easily interpret the working of the app and suggest any changes prior to the development of the app. Wireframing is the accepted methodology followed in the entire app development community especially among enterprise app developers.

Typically, developing an app for the iOS platform involves following the Model-View-Controller (MVC) paradigm. This is a design pattern that simulates the app’s functionality by focusing the code into three core functions such as user interfaces, data, and the controller. In this, the UI/UX constitute a key aspect that determines the app’s success and implementing it strictly in the entire design of the app is one thing that you should strive for.

Doing so ensures that your proposed app complies with the guidelines set in the App Store. In the app, the UI and UX should combine into a right mix to provide the best experience to the user. With most users giving preference for the interface and experience in using the app, focusing on the UI and UX will enable you to build an app that fits well with the users’ needs.

If you set out to make an app for iOS, then it would be an advantage to check and review competitor apps. Among the numerous apps available in the App Store, you can select a few and review its design, functionality, features etc.

This will give you an idea about the app’s functionality and any of its shortcomings. Moreover, by understanding what your competitor apps give, you can build your app with innovative and extended features to make it different from the rest.

Every app that you create should undergo a detailed testing phase before it is sent to the App Store for publishing. The testing is focused mainly on the user experience and functionality of the app, which involves gathering the feedback throughout.

By repeating the testing, you will be able to identify all kinds of flaws within the app and improve its functionality. Besides, you can also revise your knowledge of programming for iOS such as Xcode, Objective-C, and Swift for including all its latest methodologies into your proposed app.

When developing iPhone apps, most courses or tutorials often fail or ignore to provide some vital steps and processes. These steps deal with making the app more refined and unique from every other app available in the App Store. It covers many aspects of iOS app development that can provide you with the necessary resources and skills for building your app.

They cover some basic details that form a crucial part of the entire app development process. Referring to the details can help you plan for making your iPhone apps innovative and useful. Besides, it can ensure that your app follows all the criteria set by Apple related to its distribution platform the App Store to get it published and available to the users.

Vinod has conceptualized and delivered niche mobility products that cater to various domains including logistics, media & non-profits. He leads, mentors & coaches a team of Project Coordinators & Analysts at Fingent. 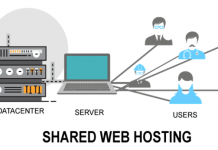