Legal issues resulting from the breakdown of a romantic relationship are notoriously complex and acrimonious. Everyone has heard the horror stories resulting from a divorce where bickering exes fight over property settlement and the custody of children.

If you are seeking a divorce from your spouse then you will need to jump through a few legal hoops in order to start and finish the process. The legal system is deliberately set up to make sure there is enough red tape involved in getting a divorce that it is only ever carried out when people are really sure that it is what they want.

A family lawyer in Sydney will know exactly how to fast-track this process so that you spend as little time as possible muddling through paperwork. If you are sure you want a divorce you should be able to get one without wading through all of the red tape by yourself.

Family lawyers in Sydney are also able to serve your divorce papers to your spouse or their representative if necessary. This can be particularly beneficial in very acrimonious splits where neither party can handle being near the other.

A big part of separation is the financial aspect of it known as property settlement or the division of marital assets. When we talk about marital assets we are referring to any and all financial wealth shared between the separating parties that need to be divided fairly.

Contrary to popular belief, property settlements are rarely ever a 50/50 split even though they are meant to be fair. This is because “fair” does not necessarily mean an equal financial sum is split between the parties as there are mitigating factors that a court will consider.

For example, a stay at home mother will commonly receive a larger portion of financial assets because it is harder for them to re-enter the workforce than their husband who never stopped working. While not all marriages are like this, it is a common circumstance that explains why men often feel unfairly treated by the system.

These facts need only be true if you have your issues arbitrated in court. When you engage the best family lawyers in Sydney you get access to accredited mediators who known how to make a deal with the other party outside of court.

These negotiated settlements are usually much more favourable and are encouraged by the court system. Family lawyers in Sydney can also represent you in court should negotiations fail, but the majority of cases are settled amicably outside of the courtroom.

Naturally, the custody of children is a very important issue that family lawyers in Sydney have to help their clients with. Like property settlement, the courts prefer if this matter is settled in a mutually agreed settlement outside of the courtroom.

If the case does need to go to court, family lawyers in Sydney can represent you and make the case as to why you deserve custodial rights over your children. The way the case will go depends very much on the circumstances of the split and the age of the children. 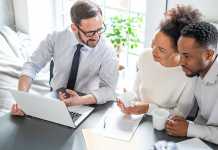 The factors you should consider when hiring family lawyers 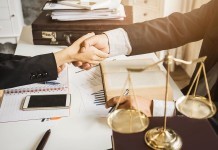 4 ways to work successfully with a newly appointed family lawyer

Desired Living Reviews – We Selected The Most Enjoyable Reviews

Billie Eilish said that the internet was ruining her life, turns...