Australia is a huge country that is located on a vast continent of its own. The country has numerous plants and animals, some of which are unique to the region only.

Here are 15 of Australia’s most bizarre laws:

#1
You cannot injure a homing pigeon according to South Australian laws. The same law that makes it illegal to harm this bird is also applicable in Victoria. Although weird, the laws are meant to protect the bird which is important for distant communication.

#2
You cannot disrupt a wedding or a funeral in South Australia. This law is inscribed in the Summary Offences laws and it states explicitly that breaking this law would land you in jail.

#3
It is an offense to offer rewards for a stolen property without asking questions in Tasmania and South Australia. The local jurisdictions do not permit anybody to give such rewards without the option for questioning since that leaves no room for capturing any criminals in the process.

#4
According to Queensland’s laws, you cannot publicize a nonexistent marriage, death, birth or job. More information about the law is contained in the official laws of the state which are published both online and in the local jurisdictions.

#5
You cannot possess over 50 kilograms of potatoes in Western Australia. This law is one of those that were created nearly a century ago and has been enforced by the Potato Marketing Corporation. According to recent news though, the law might not be around for long as there are currently steps towards repealing it.

#6
It is illegal in most parts of Australia to wear a disguise without relevant cause. As bizarre as it sounds, the law is quite practical and can go a long way in preventing criminal activity. The jurisdiction surrounding the implementation of the law is nevertheless the weird aspect of the law.

#7
Australians are not permitted to be within 100 meters of a dead whale by law. There are numerous laws in Australia that are designed to protect endangered species. The reasons for specifying a dead carcass in this jurisdiction is nevertheless the odd part of this particular law.

#8
Australians are prohibited by law to leave the cars keys on a vehicle with nobody around. The law seems to be designed for the good of all. The fact that it is more of common sense than anything else though is what makes this law strange.

#9
Children below the age of 18 cannot buy cigarettes even though the law that indicates that does not disallow them from smoking. While the basis of the law is to prevent children from abusing the drug, the fact that it leaves out the what should be fundamental makes it strange.

#10
If you happen to go to a bar with a horse in Australia, the bar should feed and water your horse. This law does not explicitly say what the feed should be, however. For that reason, a lot of images have circulated online in recent days showing all manner of items being given to horses in the named of “feed”.

#11
You are not allowed to wear black clothes, shoes and still have dark shoe polish on the face in Australia. That seems like a reasonable law until you learn that the reason for the law is to prevent the theft of cats.

#12
You cannot do simple electrical fixes in the house if you are not a qualified electrician. It is no secret that electricity poses danger to human life. This, however, does not mean that there will not be some fixes that might not necessarily require the services of an electrician.

#13
In Brisbane, nobody is allowed to spit. Spitting is not a hygienic thing to do anywhere, anyway. But most jurisdictions leave it to the public to apply their common sense for such minor issues.

#14
It is illegal to bring pets to Australia without the proper paperwork. There are indeed many laws regarding pets in jurisdictions around the world, but the Australian laws have particularly caught many people off-guard.

#15
Finally, it is illegal to get intoxicated while in pubs in Australia. That law is self-defeating to say the least. 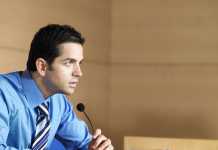 7 Tips on appearing as a witness in court