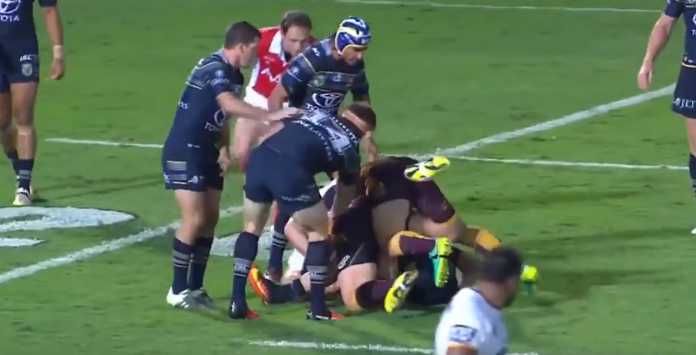 Since the teams inception they have appeared in three Grand Finals games in the years of 2005, 2015 and 2017. They won their first premiership in 2015 and have reached the finals on ten different occasions. They took part in the Super League competition in 1997 before rejoining the re-unified National Rugby League (NRL) competition. Their 2015 win was following an all-Queensland Grand Final which saw them defeat the Brisbane Broncos in a 17-1 game.

In 2004 the North Queensland Cowboys finished only one game away from the Grand Final after a 10 year long final drought. They made it to the first Grand Final the following year but lost the match to the West Tigers. They did not make another appearance in a Grand Final for another ten years, when they had their premiership win against the Brisbane Broncos. The clubs under 20s team finished in second place in the NYC Grand Final and their feeder team won the Queensland cup four ties.

Josh Hannay and Jonathan Thurston co-hold the record for the most points scored in a season. The team’s biggest winning margin was 58 points, in a 64-6 point match against the West Tigers. Their biggest defeat margin was again the Parramatta Eels in 2001.

The North Queensland Cowboys current head coach is Paul Green who was a previous professional player, who was actives in the 1990s and 2000s. Paul Green started his coaching career in 2004 after his retirement. He initially worked for the Brisbane Broncos before starting his coaching job with the North Queensland Cowboys in 2014. He coached them to their first premiership win only a year later in 2015.

Before the name ‘North Queensland Cowboys’ was selected the team was going to be named the Marlins, Stingrays or the Crocodiles and there were a few potential team logo ideas floated. The name ‘Cowboys’ was chosen after the club consulted the public. The team colours of navy blue and yellow were selected to reflect Townsville and grey was also added as a dominant colour with white as a secondary colours. The clubs logo has not changed much at all since 1995. In the early years the steer head logo was set against a white rectangular background, this was later changed to a yellow oval. In 2003 the logo’s font was changed and a yellow star was included in the logo. Lighter shades of the blue and white were also added to the logo at the time. The Cowboys jerseys favour a navy colour, white, yellow and grey as secondary colours. Their away jerseys are mostly white. Since 2011 the team has used special jerseys for the ANZAC day game, Women in League round and the Indigenous round.

The North Queensland Cowboys mascot is Bluey the blue heeler dog (known for rounding up cattle).

The Cowboys have some very committed fans. With North Queensland representing a large area, a lot of enthusiastic fans regularly travel long distances to support their favourite team. An impressive 10% of Cowboys fans belong to towns outside of Townsville and travel to see the games. The club has some of the most dedicated and loyal supporters in the NRL. The clubs members are currently being transitioned over to the new stadium home ground and new members are being the opportunity to win a car.

Following the success of the Broncos in 1988, pressure began to mount for the NSWRL to admit another Queensland team. In 1993, the NSWRL made the announcement that the Cowboys would be admitted to the competition in 1995, along with a further three teams. The club faced some problems in the beginning, namely that the club struggled to attract a strong fan base since they were competing with the Brisbane Broncos for supporters. Their popularity problems were exacerbated by their lack of success on the field and inconsistent performances. The team had eight different captains and finished last in their first two seasons. In 1997 the Cowboys competed in the Super League and the team got a boost from a number of new signings. They did not however improve and finished in last place once again. The North Queensland Cowboys first game in the Super League was the first game of the Super League competition. In 1998 the Cowboys participated in the re-unified NRL competitions. The Cowboys started strong in 1998 and were equal first place after six rounds but they faltered later in the season, before making the best come-back to date in Australian rugby league after defeating the Penrith Panther 36-28, despite being at 26-0 at half time. In the same year the club also experienced their biggest loss to date, after a 62-0 defeat at the hands of the North Sydney Bears.

The Cowboys signed on the eleventh captain in 1999. They did not perform well on the field, but saw impressive numbers of spectators nevertheless. Audiences exceeded around one million spectators for the season. The team continued to struggle in the early noughties with bad on the field performances. They finished last place in 2000 and struggled in 2001 and 2002. They did much better in 2003, with much of the season being spent in the top eight but they finished just outside of it at the end of the season.

The following season they spent much of the season sitting in at 13th on the ladder, before recovering enough to make it into the top eight. The Cowboys fell one game short of the Cowboys in that year, losing to the Sydney Roosters. In 2005 the club reached their first Grand Final, but lost to the Wests Tigers. The next year on, the Cowboys finished in 9th position, despite a very strong 6 game winning streak at the start of the season. In 2007 the club made it to the finals, and finished in top four.

In 2008, the Cowboys only one three of their first ten matches and only won a further two games later on in the season. They finished 15th on the ladder, narrowing avoiding the wooden spoon. In 2009 they finished in 12th on the ladder. The next year the team finished in 15th place, only avoiding the wooden spoon due to the Melbourne Storm scandal around the salary cap. In 2011 the Cowboys signed a number of new players which had a good impact on their performance; they managed to make the finals. Their 2011 game played against the Parramatta Eels was the fourth most watched games in Fox Sport’s history. In 2012, they finished in 5th place. They made the finals the following year and finished in 8th place. In 2015, they won their first ever premiership against the Brisbane Broncos. In 2017 they made it to the Grand Final but lost to Melbourne Storm. In 2018 the Cowboys finished in 13th place.

The North Queensland Cowboys hold open training sessions for members and fans to attend. This can sometimes be a food opportunity for fans to get signatures from their favourite players. Open trainings generally take place in the afternoon and are usually announced through social media channels, website and member communications.

The North Queensland Cowboys regularly interact with the community. The Cowboys like many of the NRL are a very community focused club. For fans and members that want to meet their favourite Cowboys or get a signature, the Cowboys regularly make appearances at the Cowboys Leagues club, public events, members-only events and private events. The team also obliges appearance requests in some situations. The club is involved with a number of community groups and charities. They participate in the Field of dreams program which aims to help people who would not normally get to attend games to see them in action, employment programs, the resilience program which is delivered in six North Queensland schools and the OBE Geia challenge which is a program that promotes inclusiveness – just to name a few.