10 years ago, as a 17-year-old, Margot Robbie began her acting career on the Australian soap opera, neighbours. Reflecting on her three years on the show, the Oscar nominee says that it prepared her well for the Hollywood career she has now.

Robbie says that she can remember at the time knowing that when she walked off the set of Neighbours she would “never do a job as hard (as Neighbours) again”.

In the interview, Margot Robbie spoke about the challenges she faced on set and the lack of flexibility there was if you forgot your lines or weren’t ready – “there’s just not time to do it again”.

She said that the urgency and limited room of error prepared her “in a wonderful way later”.

Margot Robbie also spoke about the on-set culture of Neighbours saying that everyone was equal and was really just there for the love of film making. She said that there was no hierarchy and everyone would simply work together towards the one objective.

Apparently, it was not the same once Robbie arrived in Hollywood. On the set of Neighbours, Margot Robbie would offer to get crew members and other actors and actresses tea or coffee during breaks, but in the US, the crew would often refuse.

Her own production company

Such has been Margot Robbie’s success that she has managed to found her own production company with her husband, Tom Ackerley, called LuckyChap Entertainment in 2014.

I, Tonya has been their breakthrough success film with the black comedy receiving three Oscar Nominations including Robbie’s nomination for Best Actress. Despite the success of the film, she believes that it was the ability to have a deep involvement in the making of the film that was the most important.

Margot Robbie also said that she was well aware of the ‘autonomy’ that this gives her within the industry and hopes to use it along with the #MeToo movement to create an equal industry.

She also finished off on the topic by saying, “Guys can be feminists too” whilst stating that the company is half men and half women.

Margot Robbie has been a strong advocate of equality in the film industry and is determined to ensure that women gain equal rights and recognition.

When the Harvey Weinstein allegations broke out she was shocked to hear of the anger that came out in women all over the world. In speaking on the topic she said that she understood that it wasn’t just Harvey Weinstein but that he represented “the problem”.

In a big boost for the film industry, Rachel Morrison became the first female to be recognised at the Oscars in cinematography for her work on Mudbound.

“I don’t think most people are making a conscious choice to exclude women…the more conscious they are, the quicker the path to change” Margot Robbie concluded.

Passionate about writing and sharing my experiences with others. Zac has a keen interest in sport and politics in particular. Contact: zachary.fyffe@bestinau.com.au

Matty Healy: The 1975 will only play gender-balanced festivals 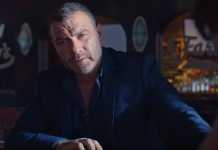 Movies
Rian Johnson's Knives out has broken the $300 million barrier worldwide marking a huge international win for Lionsgate-MRC while kicking Quentin Tarantino's Once Upon...

Celebrity
Green Day lead vocalist Billie Joe Armstrong has thrown shade at Ariana Grande while saying that Billie Eilish is better than her. On a sit...