The figure of the stereotypical shopper has always been a woman. Enjoying herself, taking her time to check out the products, make sure other shops don’t have something more suitable or for a better price – that’s how we’re used to see the traditional woman shopper.

Men, however, we tend to see as the ones sitting on the mall benches outside of the shops, praying that their women would end the torture faster.

While stereotypes are often overly generalizing and inaccurate, pretty much all of the retail shopping studies confirm that women are indeed a lot more into shopping, and they spend much more on personal products, too: according to Bloomberg, women are responsible for as much as 85% of all consumer purchases within the US.

This number is not surprising when you consider that women like shopping a lot more than men do and they usually control the majority of household’s incomes, as the conventional wisdom has it.

However, accrediting shopping habits to sexes only isn’t entirely accurate. Shopping habits are largely based on individual preferences, which means the spectrum of shopping behavior is wide for both genders, and often overlapping. Despite that, studies do show consistent trends that apply to genders separately.

Contents hide
The Four Groups Of Women Shoppers
What About Men?

The Four Groups Of Women Shoppers

In general, women shoppers tend to be selective and thorough with their purchases. They tend to compare prices, check out the competitors, and look for the products that suit them perfectly, despite the time and energy required for that.

According to a study by the AMP agency, women’s shopping habits are closely related to their mindsets. In fact, once women form a certain shopping mindset, they’re very unlikely to change them throughout their lives, even when they age, have children, move to another region or even when their financial situation gets better/worse.

These women are the primary target market for Fashion, Clothing, Beauty and Wellness, Health and Food retailers – they’re always on lookout for things to buy, and they happily try new things. However, they’re the smallest group of all, too, making up only 11% of consumers.

Natural Hybrids are the ones who’ll look for the practical balance of durability and trendiness in a product. Being described as confident and balanced in the study, this group of women also like to try new things, but they’re not your classical early adopters – only half of them they’d be first to try something new among their friends.

These women spend $5,383 on average annually and constitute to 34% of women shoppers.

The biggest shopping group which includes 35% of all women shoppers are Social Catalysts. They’re the stereotypical fashion slaves: they tend to know a lot more about new product releases and trends in the fashion/clothing markets, priding themselves as experts in the field.

Social Catalysts succumb only to Cultural Artists in spending, allocating $6,035 on average per year; however, they’d likely be top spenders if they had higher incomes. According to the study, these women think of a night out as a good investment, which makes it safe to assume that their not-entirely-rational attitudes regarding their personal finances make them a financially underperforming consumer group.

That’s why they’re prime online coupon users and discount hunters: in order to keep up with the latest trends dictated by major retailers like JCPenney, one has to refer to discount resources to stay in the game.

As for the last group – the Content Responsibles – they’re not your typical woman shopper. They don’t particularly enjoy shopping: they see it rather as a chore, something that has to be done, and they value smoothness and speed of the shopping experience over latest trends or new products.

Given that, these women can become loyal lifetime customers for vendors who can provide a consistent, hassle-free shopping experience.

Do to their lack of interest in the shopping process and their significantly lower share of consumer spending, men aren’t the primary target group for retailers. As for their shopping behavior, men tend to act a lot more linearly than women do.

Very few men say that they actually enjoy in-store shopping. Men’s brains are wired to act a lot more in a task-solving way, which means that they don’t particularly like to stroll around shops – when men need something, they’re on a mission to find it.

Generally, men will only go to buy something when they truly need it, and their worst nightmare is to come out of a shop empty handed.

Since in-store shopping experiences are extremely unattractive for most men, a lot of them are opting for online shopping.

Why? Because everything about shopping online makes sense when you consider men’s shopping attitudes: they don’t want to spend time traveling to physical stores; they don’t enjoy the in-store shopping experience, it’s easier to find products online; they don’t tend to look for the perfect product – a first sufficient option will most likely do the trick.

According to a marketing consultant Jim Foster, men tend to shop alone and they also don’t care that much about ongoing sales and available coupons – they’re lazier than their female counterparts in the price-hunting game.

They don’t tend to research their products extensively, and settle for options they find “okay”, rather than looking for the perfect product/deal. 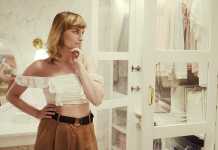 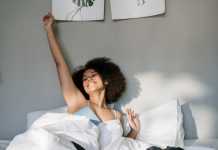