User interface is probably one of the 21st century’s most important languages. I mean, people are simply talking more through their devices and computers compared to any other time in history. We dissect the latest albums through the comment section of a music blog, we date through Tinder and we discuss work matters through Slack. We might use English to communicate but we interact with all of those mediums through the use of a user interface.

Graphical user interface (GUI) isn’t a new concept, it has always been a focus of software development ever since they released the first Macintosh, which we know now as a Mac. Today, user interface can be seen in the weirdest of devices from smart refrigerators to smart watches. Still, even with more than decades of experience under our belt, it’s still pretty common to see amateurish UI mistakes pop up every now and then in web design.

It’s all about the interface

Try to workout just how many hours you spend everyday dealing with a user interface. User interface isn’t just limited to your smartphone and computer screens, they’re pretty much involved in almost everything in life. You might not realise this but even during the simple act of driving a car while commuting to work, you’re dealing with two different user interfaces simultaneously.

When you’re driving, you have to be aware of the majority of things displayed on your car dashboard, which is the car’s way of telling you what’s going on under the hood. At the same time, you also have to be aware of all the signs and markers on the road you are driving on. The former is a means of communication between you and your car while the latter does the same thing but between you and the road you take. Consider how difficult life would be if you’re sitting in a car where the speedometer is designed in such a way that you have to squint to read your current speed.

Despite only widely accessible for two decades now, the internet has been practically woven into our lives to the point that it’s unthinkable for us to live without it, for better or for worse. Consider this, the public considers interface so important that when Snapchat rolled out a new design, almost 1 million users signed a petition asking them to change it back. People take user interface seriously, which means that you need to take them seriously as well and avoid these following amateurish mistakes that are still surprisingly common.

Links and clickable objects are too small

This is a leftover from our desktop internet days that has to be rectified now that mobile internet usage is at least equal to, if not greater, than desktop internet usage. If you think that computer mice are imprecise, try clicking on the same thing with your thumb while standing in a moving tram. There’s a tendency now to make certain links, such as CTA buttons, bigger while rendering other less relevant links to be much smaller. This is understandable but you’d want to make sure that those links can still be conveniently accessed, if you’re not going to make them bigger, the least you could do is to not surround them with other links or clickable objects.

This is somewhat less common now that websites are usually built and designed around a similar template but consistency is so important that I’m still going to put this here. If you’ve ever set foot in a Uniqlo outlet, then you’ll know the Japanese retail chain take extra measures to ensure aesthetic consistency across all of their locations around the world, not just in Australia. This ensures a sense of familiarity and further reinforces Uniqlo’s minimalist aesthetic across the world.

In a lesser degree, consistency across your website (and your social media platforms) aims to fulfill that same goal. Additionally, a uniform design would make navigation a lot easier for visitors since they don’t have to learn new things every time they jump from one section of your website to the other. In web design parlance, this is referred to as a style guide. If a template mostly refers to the technical layout, a style guide has a more comprehensive coverage where everything from visual aesthetics to functional layout is covered by the same set of principles.

This practice is especially prevalent on websites that rely on the number of clicks for revenues. I am especially annoyed at product reviews that divide their review into several pages with each page divided into one specific aspect of the product. Wikipedia does this effectively by providing quicklinks at the top of the article so the user can jump into the section they find to be the most relevant. However, Wikipedia does all of this while still keeping the article contained in a single page.

If it’s the homepage of a blog where there is a lot of content to be loaded, pagination is understandable, although I still would like to argue that lazy loading could be a better alternative. Dividing your content into several pages, however, is simply a bridge too far. It’s annoying for users and it can pretty damaging for your content to be separated into chunks like that.

No easy way to get in touch

This is also might seem irrelevant but if you’re forcing visitors to have to open another tab/window just to reach out to you, that’s another mistake you have to rectify. Simply listing your contact information on a ‘Contact Us’ page is not enough but adding a contact form directly to your website is one easy way of solving this issue. Another way would be to implement a chat window to your website but only go this route if you’re certain you could reply punctually. 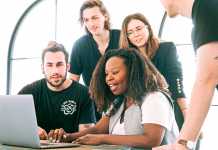 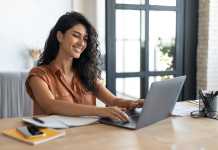