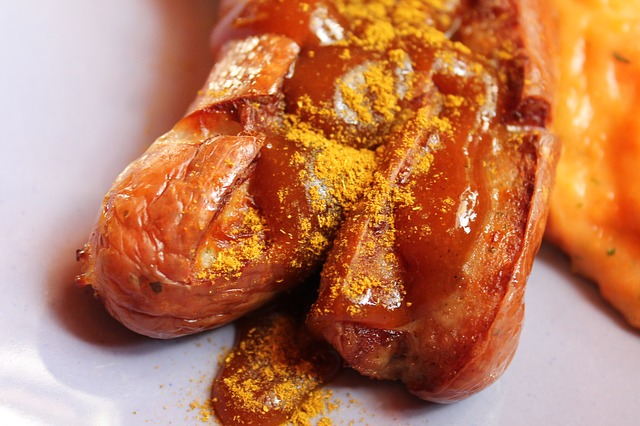 One of the best and easiest family recipes to make is curried sausages. If you want to get the kids involved with cooking or are just after a quick dinner to make after a long day at work, there’s nothing better than this recipe.

If you want to make it even easier you can find a sauce packet from every grocery.

If however you want to make the sauce yourself it is also very easy to do and gives you that extra satisfaction that you created something. Below we are going to give you the recipe we use when we want to make curried sausages for ourselves. 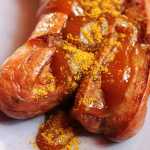 If you don’t want to eat rice with your meal you can substitute it for mashed potatoes. Keep in mind this will significantly increase your cooking and prep time while also adjusting the calories per serving.

Curry has been a signature dish for India for a very long time due to the spices the country had available. With that in mind along with the Goan sausage being created in India, many people think that curried sausages originated from here. However there is another region that is known for its sausages that was also directly influenced by the spices of India.  Germany is renowned for their sausages especially the bratwurst. From such they were able to take different approaches with it and eventually created the Currywurst.

The main ingredient that goes into sausages is pork. During the periods of time where nations were being affected by swine flu this dealt a huge blow to the sausage industry. While the disease only affected the living animals and not the dead ones present in the food, people were ignorant enough to believe that they could contract it from food. During this point in time people also believed that India was at a lower risk of this would prove to be inaccurate due to the large flocks of pigs that the nation has.

Pork rarely enters the diet of an average Indian due to the country primarily being vegetarian. For those that do eat meat however they are more than likely Muslim where yet again they would stray away from eating any pork products. So while the curry aspect of the dish originates from India, it is clear that the dish as a whole was not from here but rather inspired. The most likely suspect for the origin of the dish is Germany. A common street food in Germany is the Currywurst which as we mentioned before is like a hybrid of the two nations’ cuisines.

In today’s age people generally make the curried sausages dish with beef sausages rather than the pork. But yet again the Indian population wouldn’t be able to eat this variant as the cow is considered to be a holy animal in their country.

The protein that is in beef is great for building and repairing your muscle tissue. If you are lacking red meat in your diet, beef is a great addition to get some amino acids. Protein also aids in producing the hormones and enzymes that your body needs in order to stay healthy!

If you aren’t satisfied with what beef has to offer the B-Vitamins in it also aid to help various systems throughout your body. Keeping this level consistent allows you to stay healthier and lowers your chances of any health problems.