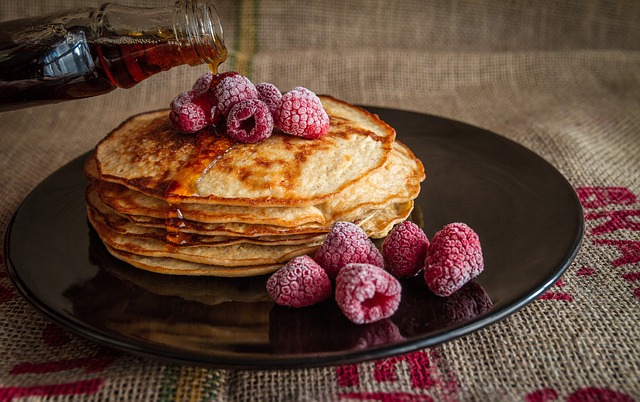 Pancakes are a fan favourite breakfast meal for everyone in the family. No matter what the occasion nothing beats waking up to homemade pancakes in bed on a weekend.

To get that extra oomph of flavour, making the batch yourself makes a huge difference. Many people tend to go for the pre-mix packets due to their convenience but making it yourself takes no time at all.

Below is our recipe for the best flipping pancakes you can sink your teeth into. 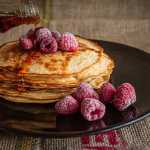 Pancakes are a great breakfast meal but can also be perfect for dessert. Many breakfast fans love to place sugar, lemon juice, maple syrup or even melted butter over their warm pancakes to make them even better. If you are looking for some extra desserty goodness to your pancakes consider serving them with a scoop of ice cream or whipped cream.

The history of pancakes

When you are eating a particular food it is hard to come to terms with that someone years ago decided that these particular ingredients mixed together in a certain way and cooked on a certain type of utensil creates something that is simply delicious. Most dishes date back to times where the ingredient was abundantly available but with pancakes it differs a bit slightly.

Researchers have analysed starch grains on grinding tools that dated back over thirty thousand years ago. These stone age cooks were making their own flour out of ferns and cattails which then leads researchers to believe that they mixed it with water and baked it on a hot rock. While you wouldn’t get the lightly and fluffy pancake that we know and love today, the general idea was the same. These ingredients mixed together and cooked on a flat surface would create a flat cake like dish.

The dish keeps popping up throughout history as even a day was named after the famous dish. International Pancake Day is a thing that is a lot more than just eating the dish. Traditionally the “holiday” was the last day before lent where the Christians would be abstinent for 40 days. The custom was introduced to empty the pantry of eggs, sugars and fats to avoid temptation during this period. From such these ingredients were combined to give us the pancake!

A lot of people believe the Roman Iceman known as Ozti to be the pioneer of the pancake. 5,300 years ago he set off on his last adventure and would talk about pancakes profusely. By this time period though the dish was already world renowned. A lot of the dishes from this time period featured the same trait which would be having a mixture that is cooked on a flat surface to make a cake like shape. People would even make meat pancakes cooked over an open flame to make things easier to eat. It is rumoured that the earliest modern interpretation of the dish was made by the Romans in the first century.

Like all things with a long history, pancakes are full of fun and interesting facts that not a lot of people know about. While there is an abundance to choose from, below are just some of our favourite facts that we had to share.

Pancake races have been around for hundreds of years

The first all women pancake race was held in Olney, England in 1445. Rumour has it that the tradition started when a housewife was running late to church and made her way down still clutching her frying pan and pancake. Years later in 1950 these races have become an international event!

Like most world records this one is a wacky one. Dominic Cuzzacrea is the holder of the “flipping a pancake while running a marathon” award. He completed the 1999 marathon of Niagra falls in 3 hours, 2 minutes and 27 seconds while flipping a pancake. He was flipping the pancake once every 1.8 seconds totalling between 5000 to 6000 flips.