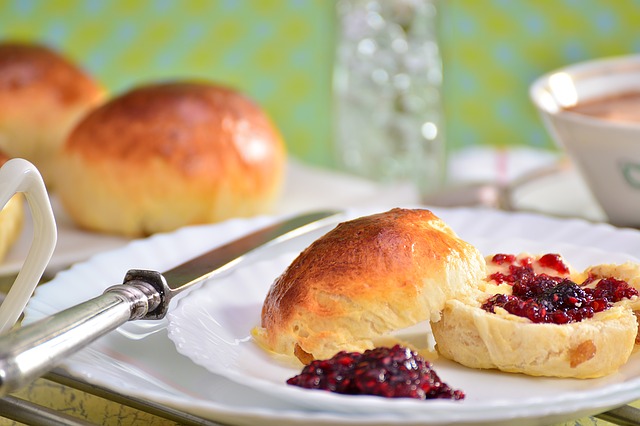 Scones are one of the world’s most widely adapted sweet with many different countries having their own take on it. While they were invented to be typically sweet, there are also savoury variants that exist that many people tend to go with.

However for the sake of this recipe we will be sticking with the sweet variant.

Lemonade scones are pretty much self-explanatory. Instead of using other liquids as a combining agent you use lemonade instead. If you haven’t had this variant before you will definitely be delighted once you sink your teeth into them. 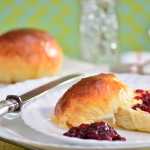 When we think of scones our minds immediately go straight to England where everyone of course eats them there. This little stereotype actually has some merit to it where the baked good did originate from the UK. The first rendition of the scone was usually flat and round but larger than what we have today. Back in the Ye Olde times it was typical for them to be the size of a plate. They were made and baked on an old oven like device known as a griddle. The Scots of the UK would refer to them as girdies. Once the large scone was cooked it would be cut into small triangle pieces where it could then be shared.

Once the modern marvel of baking powder swept the nation, oven-baked scones were able to be produced in bulk. This new and improved recipe and shape is what the baked good we know and loved is based off today. From the humble beginnings of triangle treats, these baked goods are now worth a fortune to the UK. A study of the market 14 years ago showcased that the industry is worth 64 million pounds. This rising figure is estimated to be from the rise in fast food preferences.

Since the rise in popularity these baked goods have had some major success with savoury variants across the globe. It is common to find cheese, pumpkin and even date variants make their way into homes. Non-western countries only know the way that they were originally created which is why it is common for these countries to hold onto the sweet traditional variations.

As we previously stated scones are a great baked good that can be served many different ways. If you haven’t already learnt something new about your favourite baked good then we have some more fun facts to really blow your mind!

They’re closer to pastry than bread

A really fun fact about scones is that they are more like pastry than they are bread. This is because they don’t have any yeast in them and the ingredients that you do use are almost identical to that of a short crust pastry.

The difference between American and British scones

The baked treats amongst these two countries is where they differ the most. Traditionally the British version is to be served with jam and cream while the American variant is more like a biscuit. They have a lot more butter and in them and are normally served with meat and vegetables as part of a savoury meal.

The correct time to eat scones

While you may have a personal favourite time to eat scones, historically the proper time to eat these goods was at exactly 4pm during afternoon tea. This time was given by Anna the Duchess of Bedford and her love for scones.

The ingredients that you have for this particular baked good prefer to be cold. Keeping them in the fridge for a short amount of time before you decide to make them will allow you to get a softer, lighter and more risen batch.