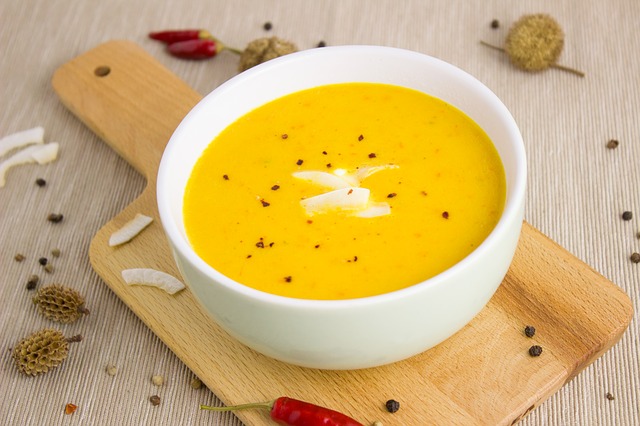 There’s nothing more satisfying then a bowl of delicious Pumpkin soup with a loaf of crusty bread on a cold day. Come in from the cold and enjoy a homemade version of an Australian favourite – you’ll be surprised how simple it is to make.

Pumpkin Soup is great for everyone, as ingredients are easily substituted so that it can be made to suit any lifestyle whether your gluten free, dairy free, vegetarian or vegan. It also keeps extremely well, so you can store it in your freezer and enjoy later on.

If you’re looking for a straightforward recipe that’s no fuss and doesn’t require a long list of fancy ingredients, and doesn’t involve many steps then look no further. 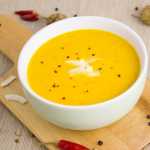 That’s really all there is to it! The best thing about pumpkin soup is how simple and easy it is to make. The rich creaminess of the pumpkin means that the recipe requires very little to be delicious and satisfying, and this is a great recipe, even for beginners. However if you’re wanting to turn your cooking up a notch, then read some of our suggestions below for giving your pumpkin soup a fun twist.

Fun things to try in your pumpkin soup

There are endless recipes that call for a twist on an old favourite out there, and pumpkin soup is sso vrersatile and tasty that you can do just about anything to it and be impressed with the results. Here are just a few of the tried and tested suggestions for what to add the next time your making it for dinner.

Adding a bit of yellow curry powder to your pumpkin soup can give it a great flavor kick. Curry actually marries extremely well with the flavour of the pumpkin and can give your soup a bit of spice without being overwhelming.

Substitute your milk or cooking cream with coconut cream, the mild flavour can really make your dish sing and will make it so fragrant, thick and creamy. This is also a great dairy free alternative for those who can’t have dairy products or are lactose intolerant.

If you’re especially short on time then 2 cans of pumpkin puree is a great way to take a short cut and drastically cut down on cooking time.

A favourite spice addition to pumpkin soup is often paprika, it doesn’t make the soup spicy but instead enhances the flavour with a beautiful smokiness.

If you like a bit of sweet with your savoury, or want to try out a sweeter kind of pumpkin then we typically have in Australia, then cinnamon should be your spice of choice. Your dish will be like a delicious bowl of the pumpkin spiced lattes we hear so much about from our friends in the United States.

The history of pumpkin soup

The history of pumpkin soup is actually extremely interesting – it’s linked to Haiti’s independence day and is consumed every year in celebration of their freedom. During French rule Haitians were forbidden from consuming Pumpkin soup, so on the day of their independence they all prepare and enjoy it.

Pumpkin soup has been a long time favourite and is always a hit for family dinner – it’s well worth it to give this easy recipe a try, you might even want to have some fun with it and add some spice!