SCHOOL’S OUT! Well… chances are, if you’re reading this article, school is most certainly NOT out for you. This is exactly why you need to choose the perfect university for YOU. Not your parents or anyone else, but yourself. It is your future.

“Why is it important to choose your university wisely? Aren’t they all the same?”

NO! Get that idea out of your head immediately. Not all universities are the same; in fact many can range dramatically in curriculum.

You need to choose the university that has the exact TOPICS within your electives to suit your interests. The reason for this is that you may need to find understanding in certain areas, OR be more interested in learning certain things that maybe another university doesn’t offer.

Whatever the case may be, your tertiary study choice is crucial to your education and shouldn’t be taken lightly. So without any further ado, here’s a few of the best options for university that Australia has to offer!

UQ is one of Australia’s proudest universities, which sits on a global rank within the top 50 universities in the world. It is one of the founding members of the Group of Eight, which is a coalition of research-intensive Australian universities that are responsible for such innovations as the vaccine for HPV to prevent cervical cancer.

Offering their students a large array of diverse courses, UQ is without a doubt deserving of its stature.

Ranked 45th on the world scale of top universities is University of New South Wales. It’s no wonder that this is the case when it is taken into account that more Australian millionaires have come out of this university than any other in Australia!

Established in 1949, the University of New South Wales hopes to become described as “Australia’s global university” by 2025. Now partnered with over 200 universities across the world, they are well on their way towards doing just that!

It is not hard to believe that the University of Melbourne, with its beautiful campus and impressive regime is in fact the second-oldest university in Australia, dating all the way back to establishment in 1853!

Perhaps even more impressive is its ranking of 41st on the world scale of universities, which may be expected due to its long history. The University of Melbourne boasts around 47,000 students, over 12,000 international students and holds association with not one, not two, but 9 Nobel Prize winners!

That’s more than any other university in Australia!

Perhaps the “biggest gun” in Australia, this University is incredibly prestigious in both stature and reputation. ‘ANU’ boasts a ranking of… wait for it… 20th on the world ranking system of universities!

Australian National University is consistently considered Australia’s highest ranked educational institute. Located in Canberra, ACT, it is the only university to be created by the Parliament of Australia.

Ever wanted to be Prime Minister? Well; did you know that amongst the Australian National University’s proud list of graduates are two of Australia’s past Prime Ministers?

The oldest university in Australia; the University of Sydney was established in 1850 and prides itself on its efforts to remain “a modern and progressive institution”. Hosting an estimated 60,000 students, the university is widely recognised for its beautiful neo-gothic architecture.

As another founding member of the Group of Eight, the University of Sydney has taken part in the innovation of science in Australia and offers the widest range of programs of any Australian university. Well worth checking out, you’re very likely to find something to your liking within the curriculum.

Trying to choose a university is an incredibly difficult process, but it can be made much easier when considering the correct aspects of what you want to take away from your tertiary education.

Whatever it is that you wish to study, there is always an option somewhere for you, whether it is with one of the institutions listed above, or otherwise. All it takes is a little digging.

That being said, remember that the choice is yours, and yours ALONE to make. Unlike your high-school subjects, which are a bit of a hit-and-miss, your subjects in university will certainly affect you for the rest of your career going forward.

Try to consider your own passions and look for the university that will cater your needs (not the other way around). Meaning that you should not be looking for a university that you will need to shape your life around, but rather, one that perfectly fits in with your own interests.

Don’t worry; it may seem as though there isn’t one out there most of the time, but rest assured that there most certainly is! Good luck with your endeavours! 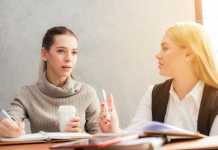 7 top career options you can choose in Australia in 2022 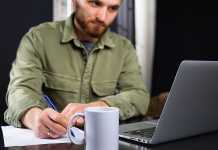