Below is a list of the top and leading Bands in Gold Coast. To help you find the best Bands located near you in Gold Coast, we put together our own list based on this rating points list.

The top rated Bands in Gold Coast are:

Gold Coast Cover Bands entertainment agency provides experienced and professional musicians and bands for events on the Gold Coast. With over a decade of providing entertainment for events in Queensland they have the best performers to suit any occasion or event.

Gold Coast Cover Bands entertainment agency connects clients with the best entertainment so they can sit back and enjoy the performance.

In year 1997, founding Bandmaster Arch Locker retired from performing due to ill health. He was soon replaced by Ilie Grant for a short time and was succeeded in January 1998 by Ron Holmes who had spent many years as a conductor and teacher of junior players on the Brisbane and in Gold Coast.

In year 2000 Alan Trueman was appointed as Bandmaster. The band engaged for the first time at the National Band Championships held in Brisbane in 2001. Under his leadership the Band competed successfully in numerous local district state and national competitions. Alan resigned from the position in April 2006.

In year  2006 Gordon Richmond was appointed as Bandmaster. Gordon’s direction of the Band led to it winning the Queensland C Grade Championships in Bundaberg, year 2007 followed by 2nd in the Australian National C Grade Championships in year 2008. In year 2008 Dylan Troyahn was appointed as Musical Director. The Band was promoted to B Grade in year 2009 after completing a “clean sweep” of the C Grade events at the State Championships held in Maryborough in year 2009. In 2010 the Band competed successfully in B Grade for the first time at the Queensland State Band Championships. The Band achieved a 2nd place, two 3rd places and a 4th place in the major events of the contest. The Band was also asked to perform in the Championships at the Gala Concert. In 2011, Dylan resigned to assumed the Musical Directorship of the South Brisbane Federal Band. In 2011, Scott King was appointed as Musical Director. Easter 2016 Surfers Paradise Brass headed interstate to compete in the National Band Championships to be held in Adelaide. They won the stage march and Overall they tied on 3rd place and won the stage march.

“Great band. Friendly environment, if you play, the place to visit.” – Steve McGlynn

Rolling Stones Tribute Band have performed to audiences with up to 8,000 people at the Corporate Conferences, Pan Pacific Games, Clubs and Hotels, Festivals in Queensland, NSW and Tasmania. They are not just another tribute show. Their band came together over a mutual love of all things about Rolling Stones, and on seeing them perform live, their devotion and talent is clear and makes for a genuine performance of professionalism, credibility, and authenticity. 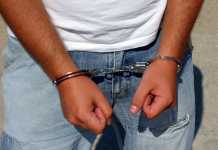 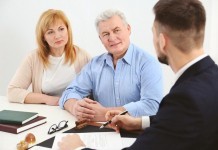