Australia has many things to offer, but perhaps the Aussie sense of humour is one of the greatest aspects of Aussie life that the world could benefit from. With Australia’s self-deprecating satire that is evident through nearly all works of Australian comedy, the Great Southern Land has an edge that the rest of the world is quickly growing to love.

With comedy movies such as “The Castle” (1997), how can you not fall in love with the quirky Aussie battler story that rings true throughout Australian storytelling? Perhaps the more worldly-renowned film “Crocodile Dundee” (1986) is a better example of how internationally loved Australian humour is.

With so many gems to offer, it can be difficult to choose which show to watch! Learning to laugh is one of the greatest lessons life has to offer. So without any further delay, here are some of the best Australian comedies to help you get a grasp on life down under.

Created by Jane Turner and Gina Riley, Kath & Kim has become a world-wide phenomenon following the quirky life of a mother and daughter, 50 year old Kath Day-Knight and her self-indulgent Kim Craig.

The series satires suburban living based around a fictional suburb of Melbourne, Victoria, called “Fountain Lakes”. Poking fun at the day-to-day lives of lower-middle class Australian people (otherwise known as “Bogans”), Kath & Kim is a whimsical commentary on life as an Australian.

You’ve almost certainly heard of the ‘Americanised’ version of this show under the same title, which stars Elijah Wood and Jason Gann, but you need to see the original. The dirty, tongue-in-cheek comedy that is so evident in the American follow-up series is much more prevalent in the original Aussie version.

Following the life of Wilfred (played by Jason Gann), a dog who smokes, drinks and gets up to mischief with the other neighbourhood pets, Wilfred aims to poke fun at the culture of the lower class Australian lifestyle.

Yet another story that pokes fun at life as an Australian, this series sets out to take the mickey out of Australia’s youth. Starring Chris Lilley, who plays two brothers, the series is filmed in true mockumentary fashion.

Angry Boys sets out to explore the issues faced by young males in the 21st century, satirising the influences, pressures, dreams and ambitions that each young Australian male faces every day. With its truly raunchy and boundary-pushing humor, Angry Boys will have every viewer left in stitches.

If you’ve been paying attention, by now you will have noticed a theme in Australian comedy. Aussies love making fun of their own culture. Housos is no different in exploring the more dramatized scene of ‘bogan’ life in lower-class Australian life.

Following the exploits of the gang from the Sunnyvale Housing Commission, the show satirises true Bogan humour and wit, playing with some often controversial themes. Well worth the watch, Housos is a series that has a huge personality and deserves the huge audience to match.

How could we forget the show that is perhaps the most hallmarks in Australian television culture, The Paul Hogan Show? Australia’s biggest personality, hilarious hijinks, satire and laughs to boot, this show is a MUST watch for anyone interested in Aussie humor.

The show stars (of course), Paul Hogan, the actor who brought to life ‘Crocodile Dundee’ in 1986. Following his exploits often in in the Australian outback, the show pokes fun at Aussie culture as a whole and leaves nothing out as it strives to bring the funniest Australia has to offer to the television screen for the whole world to enjoy.

Australia has many gems worth watching throughout its comedy history, ranging back decades. With enough digging, you’ll find tons of shows that will suit your style of humour perfectly and have you rolling around on the floor with laughter.

You are invited by every Aussie out there to come and laugh along with us (or at us) and learn a thing or two about the land down under. 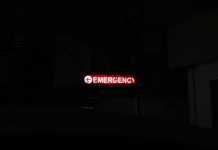 Common home emergencies and how to deal with them 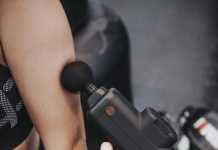 How to find the best massage gun in Australia 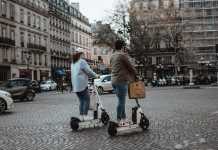 Are electric scooters worth it?