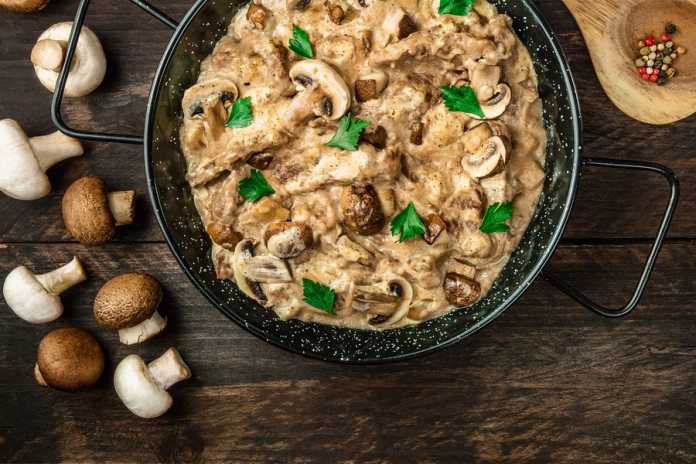 Beef stroganoff is a dish that is as Russian as it gets. Russians love everything French and from so would have French housing staff including chefs at their homes.

The meal itself is the perfect combination of French-Russian culture with the meat being browned to make a pan sauce which is then flavoured with mustard.

Meat in sour cream has been a long running Russian favourite and from so you can see how the dish resembles the combination of the two cultures.

Since then it has found its way into many restaurants and households.

If you want to know how to cook a meal like a French master chef then continue reading to find out.

Beef stroganoff is best served on a bed of cooked fettuccine or mashed potatoes. Garnish the dish with chopped parsley to give it that extra wow factor. 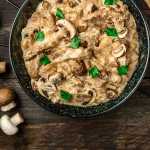 History of the dish 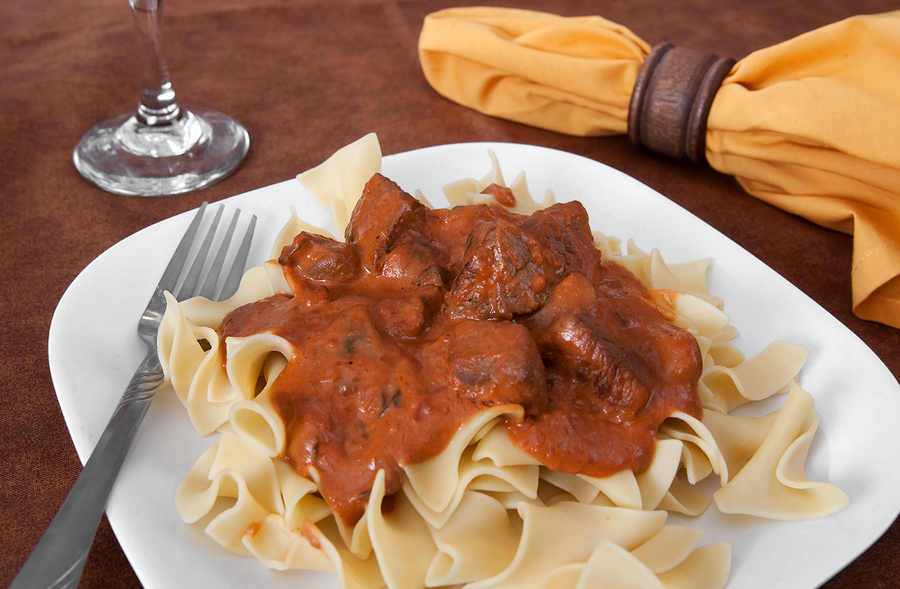 The story of its origin begins with a French Chef who worked for a St Petersburg family, created the dish as part of a cooking contest in 1891. The chef followed the traditional Russian custom of naming the prize winning dish after his employer who was Count Pavel Alexandrovich Stroganov. An important detail that has been passed down of the dishes history is that the meat was sliced thinly so that the count could eat it as he had failing teeth.

However this commonly told tale is merely but a story. Count Pavel Alexandrovich Stroganov would have been 117 years old in 1891 and was killed in battle during 1874, however not all details of the tale a false. A French chef, known as Charles Briere, did create the dish for a cooking contest which he called it beef stroganov.

Under the rule of the Tsars the upper class of Russia was very wealthy and since they were so fond of Paris they would often maintain a bi-cultural atmosphere at home. Taking their children to French schools along with having French housing staff were very common. Personal French chefs were a common occurrence hence how the origin of the beef stroganoff came to be.

Amongst all of the upper class families in Russia the Stronganovs were amongst the wealthiest and eldest. They had massive palaces and dachas that were spread out all over the nation.

When the count passed away he did not have a male heir to pass down his legacy to. His eldest daughter’s husband however was able to inherit the family title and properties from her passed father. It is somewhat possible that chef Briere cooked for this family and named it after them in hope for their wealth. 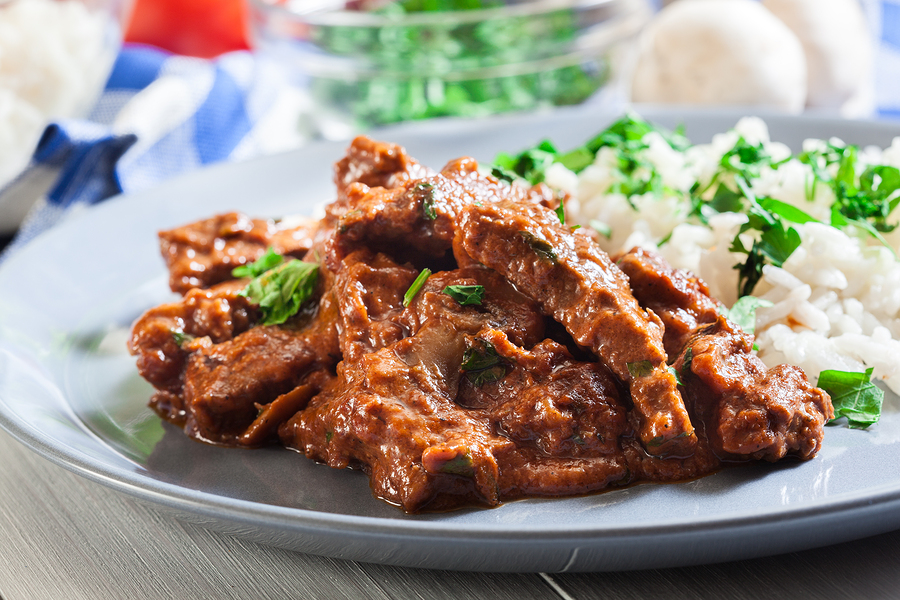 After the sensation of beef stroganoff took off in Russia, it wasn’t long until the rest of the world had to have it too. It was very popular in Shanghai in the 1920’s and then into the United States with the wave of Russian Immigrants.

The second wave of immigrants which brought the upper class families sought comfort in an old dish where beef stroganoff then really took off.