When the weather starts to cool down nothing can make you happier and filled with joy like a warm desert.

This apple crumble recipe will be a fan favourite with even your nana asking you for the recipe.

This desert has a tender, cinnamon centre topped with a golden crumble that will simply melt away in your mouth.

It also isn’t overly sweet which can be a common mistake for those who don’t know entirely what they are doing.

If this desert sounds like it is right up your alley continue reading as we dive into how you can make it yourself.

Serve the desert warm with some vanilla ice cream for the maximum crowd pleasing experience! 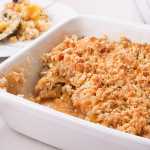 History of the apple crumble

The apple crumble has been rumoured to have appeared in Britain during the Second World War. The goal of the recipe was to produce an apple based desert without the extravagance of traditional apple pie based recipes. The first recipe was not found on actual paper though until 1924. Since then, many different variations of the original procedure have emerged each with their own individual twist. In today’s age it is common for apple crumbles to be served during the colder seasons when apples are in season. From so you if you are visiting a cold city or country during winter or autumn there should be warm apple based deserts a plenty. 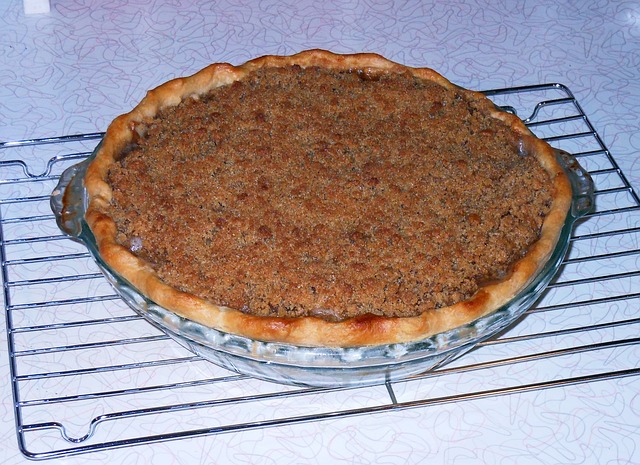 This particular dish really took off because of how simple it is to make. People with little to no baking experience can replicate this dish while making it still taste like a master chef created it. One of the more popular variations on the method is called the apple brown betty where the desert is made from using layer of buttered bread and apples. It is then served with some kind of sauce to give it that extra oomph. Apple cobbler is also another common variation where stewed apples are topped with a biscuit batter on top.

In America the dish is referred to as an Apple Crisp yet still stays true to the traditional recipe. You will find that most variants consist of cooked apples, cinnamon, butter and flour served with cream, custard or ice cream.

Now I know what you’re thinking, a dish with nearly 400 calories in it surely doesn’t have any health benefits to it. While all that sugar and cream occupying your bowl you may have overlooked the apples that are present. They may be covered in sugar and carbs yet apples still provide many health benefits to your body. Below are just some of those many benefits that your body loves from the fruit itself.

There was a study in 2006 that published in the Experimental Biology and Medicine journal that quercetin was one of two compounds that helped reduce the cellular death of the neurons in your brain. Quercetin is an antioxidant that is commonly found in apples which can help correlate the results to the fruit.

Fruit and vegetables are very effective in keeping your body healthy and apples are no exception. They have proven that the nutrients in fruit have helped reduce the cholesterol levels in your body allowing you to have improved health. Lower cholesterol means less strain on your heart and lower chances of contracting heart disease.