Utopia is an award winning Australian television comedy series that is known internationally as Dreamland. The show is produced by Working Dog Productions and has previously won a Logie Award. Utopia first premiered on the ABC in 2014. The show follows the daily working lives of a fictionalized team of colleagues who work for a fictional government department called the Nation Building Authority.

The fictional government organisation is involved with overseeing major infrastructure projects from start to finish. The series examines the issues with bureaucracy in a comedic way. The show was recently announced to be returning for a fourth season. The show is produced by Working Dog Productions three founding members, Rob Sitch, Santo Cilauro and Tom Gleisner. Rob Sitch is also one of the main characters on the show, Tony.

The show has been very well received, described as ‘light-but sharp and witty’ by critics and praised for its political satire. The show is acclaimed for is great scripting and the talent of the cast on the show.

The show has been praised for its Melbourne city backdrop and the soundtrack featured on the show. The show has drawn comparisons to The Office and Parks and Recreation. Netflix recently purchased the rights to program and airs the first two seasons of the show under the show’s international title, Dreamland.

What is the premise of the show?

Utopia is set inside the office building of the fictional Nation Building Authority, a newly founded government department that oversees the construction of important infrastructure like new roads, rail lines, airports and high rise urban developments. The show examines the working day of a tight-knit team of government bureaucrats. The large-scale projects the team is responsible for managing often go awry due constantly shifting political priorities, self-interest and publicity stunts.

A number of recurring themes are explored in the show, including the phenomenon of office fads. During one episode the team all become obsessed with fitness after they are visited by a Heart Smart representative. Another episode sees the office being overhauled when an indoor plant consultant is hired.

One of the team, Rhonda, regularly returns to the office after conferences and workshop and encourages the office to focus on online projects in order to better engage and audience.

The main characters on the show include;

Tony Woodford is the CEO of the fictional government department on the show and as the boss of the department is constantly frustrated that nothing more than meetings, studies and reports are achieved at the department.

Jim Gibson is the government liasionofficer on the show. He is always very positive about new government projects and completely oblivious to the potential chaos caused.

Nat Russell is the second in charge to Tony and is just as frustrated. She is the only other competent working for the department.

Scott Byrnes plays the nice guy on the show but doesn’t actually achieve much in the way of work.

Rhonda Steward is the public relations and media manager of the organisation. She is very focused on a single agenda, relating to getting the organisation ‘seen’ by an audience and often can’t see the bigger picture of more important priorities. She often side tracks the office and follows rabbit hole that fail to achieve the organisations larger objectives.

Katie Norrish is the personal assistant to Tony. She tries to be helpful but is a bit incompetent.

Ashan has a number of degree’s and is a senior project manager for the fictional department, but fails at common sense tasks like using the office coffee machine.

Is the office manager of the building and often refers to herself as the Chief Happiness Officer.

There are also a number of recurring characters on the show including;

Beverely Sadler is the head of the human resources partner. Her main role at the organisation is to conduct exit interview for employees that have quit after only a few weeks on the job.

Brian Collins is in charge of building security, his main role is to ensure that people are wearing the correct landyards.

The first season of the show introduced the Nation Building Authority, a department with great ambitions that achieves relatively little. In the first season, Tony’s attempts to close an international deal are thwarted by public relation manager Rhonda’s insistence that a new log was needed whilst Jim’s team accidentally over-promises on a community garden will be included in an urban renewal scheme. A later project is put into jeopardy by the discovery of a rare grass on the site, Rhonda sidetracks everyone when she decides the website needs a dramatic update.

Jim and Tony spend time investigating whether a super-fast train between Melbourne, Sydney and Brisbane might be viable whilst Amy spends time auditing the companies safety protocols. The NBA is also asked to assist with adding 35 extra stories to a proposed apartment building development. Nat and High deal with issues around a commemorative roadside art installation and Tony visits a local primary school, which unexpectedly opens the department up to the possibility of Australia’s first space program.

Jim later complains about the department forgetting about Tasmanian interests and a number of the team travel there to hear suggestions for new projects. Nat deals with Perth freeway problems whilst Tony reflects on the difficulties of getting projects completed.

The second season of the show features even more hijinks. In the first episode Nat accidentally started a billion dollar rural health initiative.  Tony’s tunneling project is complicated by Rhonda’s insistence on a fancy launch event, healthy heart week comes to the office, and education nation program is created on the fly following a foolish report from the Prime Minister in the media and Tony tried to take a vacation.

The third season of the show sees Toby forced into being a keynote speaker, Nat helping with an IT project that is plagued with issues. The team are asked to help out with a port sale, they are asked to help build a rail link and Rhonda and Beverley decide that the office needs its own reporting structure.

Season four of Utopia sees Tony and Jim disagreeing over the best way to manage high level company tax fraud and Rhonda see the help of a popular television personality to launch a government report. A work experience student briefly joins the team whilst Nat joins a board, and finds herself at odds with the chair.

Tony misses out on an important pitch because of computer projects and Nat and Rhonda tackle negative community feedback as a result of a construction project that was announced too early.

Tony is asked to manage a new electronic ID scheme whilst Nat and Ash are forced to accept that their wildlife preservation project hasn’t done what it was intended to do. A new security system in the office is far too secure and an urban development project becomes very complicated when multiple government agencies get involved. 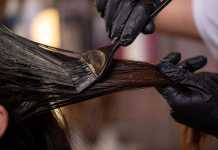 What you need to hear in Sydney this Summer