Zayn Malik and Gigi Hadid are officially back together for the nth time. The two were seen and photographed together last Saturday in New York City where they seemed to be very closely comfortable walking arm in arm together.

E! News confirmed the following day, Sunday, that the two indeed were an item again. An E! News source disclosed that the two got back together before the holidays kicked off. Malik had been reaching out to Hadid for the past month and she decided to give him one more chance.

The E! News source added that the two, who broke up January of last year, needed the break and that Hadid had always loved Malik. The former One Direction member had been working on himself, primarily his music career, health and well being and is said to be in a really good place in his life at the moment.

The two have famously had an on-off relationship. They first dated in 2015 which lasted three years after they announced that they were splitting in 2018. Hadid and Malik then discreetly made up in the summer of the same year, and then ended things again in January of 2019.

The model even dropped a hint before the New Year that she was back with Malik on Instagram. Hadid posted a photo of a dish she was preparing with the caption “Sunday in the kitchen: about to marinate the chicken for one of my favorites!!! @mammamalik’s Chicken Curry Pasta Salad.” @mammamalik is Trisha Malik’s Instagram account, Zayn’s mother.

After the two had revitalized their relationship, they celebrated Malik’s 27th birthday last Friday in il Buco, a fancy New York City Italian restaurant. Gigi’s family joined them in the celebration, namely Gigi’s sister Bella, her brother Anwar and girlfriend Dua Lipa, and their mother Yolanda. The source also said that everyone had an amazing time and that Hadid’s mother and sister had always liked Malik and had always seen him as part of their family. 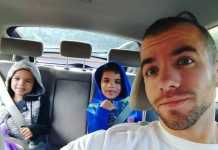 Scott Hughes & The Website That Links Stories Around The World 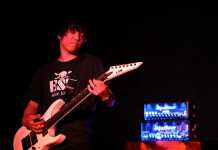 ‘Souvenir’, the latest release from Kazuki Tokaji is hitting all the right melodies