A study showed that senior female managers were favoured more when they wore conservative clothing rather than clothes that leaned toward the provocative side. This research, which was published in the journal Sex Roles, also found that the front-desk receptionist wasn’t subjected to as strict standards and judgment in terms of clothing as the woman who was at a higher status.

However, it is not just females who are perceived according to the dress code they follow. Clothing is assessed for personality, status, habits, and behaviour in both men and women. A case in point here is Barack Obama. The previous president of the United States would roll up his sleeves from time to time exhibiting that he too is a hard worker like the masses.

But it’s not just the person across from you who looks at your personality a certain way based on the clothes you wear. In fact, you also perceive your own self a certain way depending on your clothing. Another report which was published in the Journal of Experimental Psychology: General showed how clothing impacted cognitive processes.
As per this research, people performed better at a game and won more deals when they were dressed up in a suit, whereas dressing down took testosterone levels down too.

Contents hide
How clothing affects and reflects your personality
So, should you dress to impress?
Wrap up thoughts

How clothing affects and reflects your personality

Dr. Jennifer Baumgartner who is a psychologist and has authored a book about what clothing reveals about your personality says that if you store your old clothes it means that you are clinging to the past. Similarly, features of your clothing such as the style, fit, and colour also display our own qualities.

Clothing also impacts your cognitive processes as per a phenomenon called enclothed cognition. Your clothes can determine your focus, behaviour as well as smartness. This explains why doctors wear lab coats; tests show that people wearing lab coats naturally become more caring, and alert. Businessmen, on the other hand, wear suits.

The reason behind this is simple – suits make them feel as well as look more powerful. The psychology behind gym clothes is that they make you feel more motivated. Whereas, you might have noticed people in creative spaces dressed in more colourful and comfortable clothes so that their creative engines are fueled.

All this explains how clothing impacts one’s own confidence and actions. But the impact also lies on other people. Women wear red in an attempt to seduce and that is basically logical as men link red to desire. While women dress provocatively to dates, men dress in a way so as to show their stability and loyalty.

Clothing is so influential that it even affects your health and longevity as per science. Getting a haircut makes one younger and also induces this feeling. How? It drops blood pressure markers which is healthy. In the same way, men who are bald prematurely, look at themselves as older and hence, also age before their time.

The effect of different types of dressing on your confidence and others perception of you.

Different types of clothing have a different effect on us and what others think when they see us. This explains why certain clothes are appropriate for certain events while they aren’t for others. Here’s a brief look at how various styles impact your and others’ perception of you:

1 – Casual clothing vs formal clothing
When you wear casual clothes, you feel more relaxed yourself and others find you more approachable. On the other hand, formal workplace clothing makes you come off as stiffer and less open to socializing even though it puts you on your best work-suited behaviour.

2 – Power suits vs. uniforms
People at a higher position in an office are likely to wear power suits not only because they put them in the business state of mind which strives to succeed. To other people, these suits make one come off as dominant. Some offices and institutions also require uniforms to be worn and there’s a theory behind this as well. Uniforms induce diligence, organization, and meticulousness.

3 – Designer vs. non-designer clothes
While wearing expensive or budget-friendly clothing can say a lot about economic status, it also reveals bits of your personality. Research showed that women who carried a Prada bag had different political views than those who didn’t. The former associated more with conservative and capitalist ideals.

So, should you dress to impress?

Looking at how clothing has a massive influence on how people perceive us and how we behave and feel, should you dress with the goal to impress others and your own self? While sticking to your own style is something you shouldn’t deviate from, you also need to be flexible. Not complying with the set standards can harshly backfire.

By wearing clothes that do not make you feel confident or comfortable, you can also stress yourself. That’s right because you see, clothing also impacts your stress and anxiety levels which can make you perform not as well as you would, had you dressed comfortably and stylishly. We can’t be entirely lazy and overconfident in the way we dress.

Imagine entering to give a job interview for the position of a sales manager dressed in your casual clothes. Of course, your chances of fetching the role would drop drastically only because you chose to steer away from the rules of clothing. While women can wear short and revealing clothes to the pub, wearing the same clothes every which where may not work out well for them.

When a woman wears expensive and revealing clothes, she is considered a narcissist. This is another aspect of how clothing makes people judge you. So, yes, you do need to dress to impress. Your goal should be to depict your personality with your clothes while following style rules and dress codes of places. Be sure that your clothes are good enough to make you feel confident.

While abiding by your own style book to some extent shouldn’t be ignored, be mindful of the occasion. Just like casual clothes can’t bring good results when worn in formal settings, wearing revealing clothes at a solemn gathering is disrespectful. Therefore, only weave in elements of your personal style rather than entirely embodying it everywhere.

Your wardrobe says lots about you. From the way you mix and match pieces, stick to some styles more, wear particular colours, and more, all dictate your personality. This is why it is crucial to always wear what boosts your confidence and makes you come off as the right person for the job.

Research also backs the influence that clothing has on our personality, and on other people. Therefore, wear clothes that make you feel confident and are suitable for the job and occasion.

I’m a part-time digital marketing consultant, part-time travel blogger, and a full-time dreamer. I have three passions in my life, traveling, social media and writing. 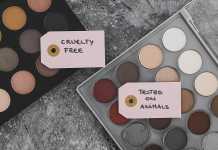