Marvel fans rejoice, Paul Rudd’s prayers have been answered as Ant Man 3 has been confirmed.

Rudd recently went on to tell fans to campaign for an Ant Man 3 movie, and when  asked during a Yahoo interview if it was happening, he stated that he didn’t know because it was up to Marvel’s upper management to make the call happen.

Most of the Disney-Marvel franchises have generally been set up for the next phase whether it would be on the big screen or their upcoming streaming platform Disney+. But up until a couple days ago, nobody even Rudd  knew if there was going to be a third installation to Ant Man.

Hollywood Reporter announced that Rudd will be reprising his role as the titular character and Peyton Reed will also be coming back as the director for the Ant Man trifecta. The Hollywood Reporter added that according to their sources, Marvel plans to start principal photography between late 2020 and early 2021 which would project Ant Man 3 to be released around 2022.

There is also no word out yet if Evangeline Lily and Michael Douglas will be coming back to reprise their roles as Hope van Dyne (The Wasp) and Hank Pym respectfully. One would assume that these actors would be coming back, given the importance of their characters in the Ant Man narrative.

Paul Rudd’s Scott Lang first appeared in his standalone film, Ant Man back in 2015 followed by being part of the Captain America: Civil War cast in 2016. He would then make a return in his standalone sequel Ant Man and the Wasp sharing top-billing with Evangeline Lily, and finally in Avengers: Endgame.

Endgame also gave the original Avengers line-up closure when it came to their storylines and with this fact in mind, we can speculate that the newer Avengers would go up front and center for this new age of Marvel superhero movies leading the charge against all threats for the foreseeable future.

Fans can now speculate how Marvel will go about with the third Ant Man movie. Will they explore the Quantum Realm more? If that’s the case the ‘Ant Man-verse’ is rife for expansion. And let’s not forget that during the time skip Cassie, Scott’s daughter is now a teenager and to non-comic book fans, she also becomes a superhero taking on the mantle of Stature and Stinger depending on what comics you read.

Maybe Cassie Lang will become a part of a future Avengers lineup with her father or maybe even after that. If this happens, expect Emma Fuhrmann to return and reprise her role as Scott’s teenage daughter. Nevertheless, lots to be excited about if you are a Marvel fan. 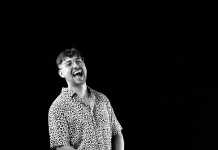