One of the most controversial and discussed laws at the moment revolves around whether marijuana should be legalized. Many people around the world believe that the drug should be readily available for both medical and recreational use; however governments around the world still have strict laws about its usage.

Each country has its own laws and regulations surrounding the drug; some places are more relaxed, whist others still believe the drug should be an illegal substance.

Keep reading to find out about marijuana laws from around the world.

The Australian rules surrounding marijuana are slightly complicated, mainly because each state has slightly different laws. As a general rule, medical marijuana is not illegal in Australia, and it is possible to get access to it if you need it. However, recreational use of the drug is illegal.

Currently, all medical marijuana has to be imported into the country; however, there is talk of these laws changing to allow cannabis plants to be grown within Australia.

Although medical marijuana is legal in all Australian states, the laws surrounding bongs and other smoking devices vary. Whilst in most states it is legal to own and buy bongs online in Australia from Ozbongs, others have stricter rules.

Essentially, in Australia, medicinal cannabis is available in every state and territory, having been authorized at a Commonwealth level in 2016. In practice, getting medicinal cannabis is much harder and patients still have very limited access. It is important not to forget, however, that the specific laws vary state to state.

The American government is known for their relaxed view on marijuana. Similarly to Australia, the U.S has different laws per state, so the rules surrounding weed use depends on the state you are living in.

Many people are aware that America is one of the few countries in which marijuana is legal both for medical and recreational use. In fact, the drug is legal in some form in 46 out of the 50 states.

Whilst the majority of these states only allow medical use of the drug, the rules are quite relaxed. It is much easier to get access to medical marijuana in America than it is in many other places around the world.

States that allow recreational use of marijuana are:

The laws regarding cannabis use in Canada are actually relatively simple. The Cannabis Act makes marijuana sale and consumption completely legal. This includes both medical and recreational use.

Although use of the drug is fully legal, the laws do still differ depending on which of Canada’s provinces or territories you live in.

Ontario is known for having the strictest rules, and residents can only purchase weed online via the government-run Ontario Cannabis Store. Saskatchewan also has strict rules and allows only licensed private retail stores to sell the drug.

Whilst in the Yukon people are only allowed to smoke in private residences, in Quebec it is legal to smoke cannabis anywhere that smoking cigarettes is allowed.

The Netherlands is a country known for their relaxed view on partying and drug use. So it may come as a surprise that marijuana is technically illegal. Although the drug is not legal, it is a known fact that authorities turn a blind eye to the usage of it.

Selling weed in the Netherlands is “illegal but not punishable” so as long as shops follow certain rules (such as not advertising) officials allow the drug to be sold. However, only citizens are allowed to buy cannabis, meaning tourists are unable to purchase the drug whilst in the country.

Interestingly, Amsterdam’s infamous coffee shops are exempt from this rule, meaning they are allowed to sell marijuana to tourists.

The laws regarding cannabis usage are also slightly grey in Spain. Whilst use of the drug is not technically legal, citizens are not punished for growing the drug or using it privately.

There are also more than 800 private cannabis clubs where membership only requires an easily accessible piece of paperwork.

The Peruvian congress has passed a law that legalizes medical marijuana use. This allows for the production, sale and importation of cannabis oil.

In regards to recreational use, the possession of marijuana is not punished providing it is for personal, private and immediate use.

England is one country that still has quite strict laws surrounding the use of cannabis.

While medical use is legal, like Australia, it is difficult to get a prescription for it. In the U.K there is a very limited availability when it comes to medical cannabis.

Recreational use remains illegal in England and marijuana is still considered as a class B drug that results in serious punishment if you are caught in possession of it. 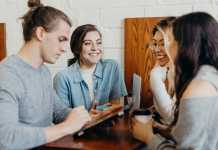 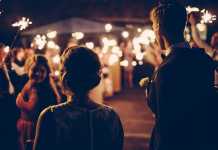 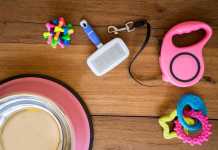 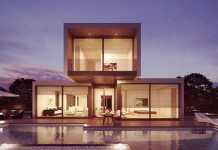 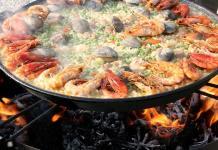 How a family law solicitor can help you in your time...

What are the benefits of outsourcing paralegal?