This past weekend, Diddy celebrated his 50th birthday with a bang with people saying that it might be the party of 2019.

Drinks were flowing, music was fresh and comically, there were a lot of Big Macs for his guests to get down on. The party was sponsored by CÎROC Vodka which just made the party’s open bar more enticing to Diddy’s celebrity guests.

Diddy had his sons Christian and Quincy there to celebrate his special day along with a myriad of his celebrity buddies like Cardi B, Offset, Usher, Mary J. Blige, Lil Kim, Janelle Monáe, and a lot more.

But the two couples that swept the party just by their presence were Beyonce and Jay-Z, and Kanye West and Kim Kardashian. The two men had not seen eye to eye for a very long time, but had worked together in the past and even considered each other as brothers until their falling out after Watch the Throne, their collaboration which came out back in 2011.

Back then people speculated that something might have happened between the two artists but the rumors were squashed by Beyonce herself when she commented on Kim and Kanye’s baby and congratulated the two.

Two years later, while Kardashian was being robbed during Paris fashion week, there were some shady activities happening behind the scenes at the Jay-Z owned streaming service, Tidal. Back when Kanye wanted to sign with Apple Music so he wouldn’t be exclusively contracted with Tidal. Ye offered Jay twenty million of the $100 million deal that he inked with Apple. The Apple Music deal fell through and Kanye remained with Tidal but things just went further south after that.

During a stop at Kanye’s Saint Pablo tour, the rapper stated that he didn’t want Jay-Z to call him after Kim got robbed and asked how he was feeling. West went on to say that if he really wanted to know how he was feeling, he should bring his family to Kanye’s house so they can talk like brothers.

Fans assumed that this meant that Beyonce and Jay-Z didn’t want Blue Ivy around Kim and Kanye’s child, to which Kanye attacked one of music’s power couples saying that he was disappointed that she did not want to perform unless she won the Video of the Year award over him. West added that he knew that Jay-Z had killers and asked that he don’t send them to go after his head and talk to him instead in person.

During this time, TMZ reported that according to one of their sources, Jay-Z couldn’t stand Kanye and sees him as crazy and eccentric. Years later the two have gone at each other until Kanye’s departure from Tidal.

Even with a documentary about the two rapper’s meteoric rise and highlighted falling out people still couldn’t fully understand what their problem was with each other until Diddy’s birthday bash. A video was uploaded online where the two were seen being friendly and chatting with each other at the party even though there was still a bit of tension between the two. Time will tell if this could truly lead to them being ‘family’ again.

Obsessed Ariana Grande fan busted after breaking into her home

How you can find family lawyers who will mentor you 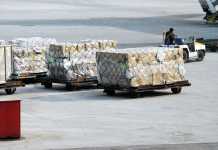 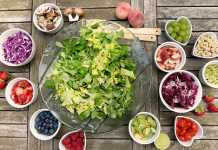 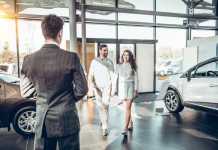 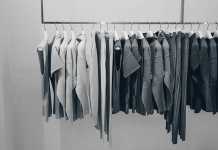