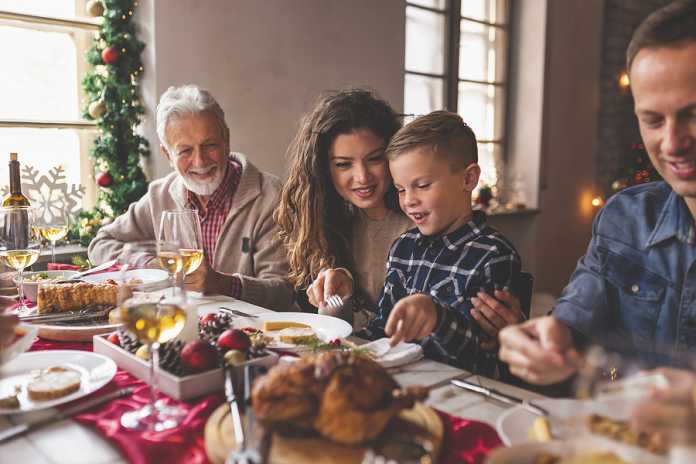 It’s no secret that Christmas is an exciting time of year for Australians. Even though we don’t have the snowfall typically associated with the holiday season, we’re still keen to celebrate the end of the year and spend some quality time with those we love.

However, if you don’t know much about Australian culture, then you may be curious as to how Christmas is celebrated in the lucky country.

Contents hide
What Aussie do during Xmas?
1. Eating great food
2. Enjoying beer and wine
3. Spending time at the pool or beach
4. Shopping and gift-giving
5. Putting up lighting and decorations

What Aussie do during Xmas?

The following will take a look at some of the fundamental aspects of a typical Aussie Christmas.

Of course, Australians are just like any other culture when it comes to enjoying large spreads of food during the holiday season. This tradition is a practical necessity when you have so many family and friends gathering in one place.

When it comes to Christmas dishes Australians love, turkey and ham are top of the pack for meat options. Of course, desserts like gingerbread, trifle, and pavlova are also very popular during the festive season.

Also, a backyard Christmas barbeque is a very common occurrence in Australia. This is quite a stark contrast compared to the huddled indoor gatherings you get in North America and Europe.

Australians love their beer and wine, so it’s not surprising that they’re both seen in large quantities at Christmas gatherings. Again, Aussies are not so different from the rest of the world when it comes to celebrating with alcohol at the end of the year, since letting loose after a long year is something with universal appeal.

3. Spending time at the pool or beach

In Australia, summer starts in December (and our summers can get notoriously hot). Therefore, cooling off in the pool or heading down to the beach are common activities during Christmas for Australians, both activities that are unthinkable for people experiencing winter.

Again, Australians are no different from the rest of the Christmas-celebrating world when it comes to shopping and gift-giving. For many Australian businesses, Christmas is the most important time of year in terms of revenue with millions seeking to buy gifts for friends and family.

5. Putting up lighting and decorations