There are arguments on how content marketing in 2018 is an oxymoron, where the rise of ‘influencers’ and ‘internet personalities’ has given way to a world where the personalities involved start to eclipse the content offered – particularly when it comes to live streaming. If you do it right, however, this new platform offers huge opportunities.

Don’t believe me? This recent news about Tyler ‘Ninja’ Blevins earning $500,000 a month by streaming videos of him playing the popular online computer game ‘Fortnite’ on Twitch should convince you otherwise, or at least give you a pause.

It might seem like a cosmic joke to describe Tyler and other personalities like him as content creators given that they’re not really creating anything, at least not in the traditional sense. If, however, we’re willing to accept that professional gamers could be generously described as athletes, and that’s also a big if, then surely what he’s doing here is comparable to what rally driver Ken Block does in his popular Gymkhana series of videos. That of a skilled artisan showcasing their particular set of skills, with the difference that what Tyler does is completely live and unscripted.

Now, putting aside that debate for a moment, it is inarguable that the popularity of Twitch and other live streaming platforms such as Periscope has given companies and brands another way of engaging their audiences. If you still doubt the merits of Twitch as a social platform, take a look at some of the numbers they boast at the end of 2017.

Given its popularity as a platform for video game live streaming, Twitch’s audience skews mostly male, with a demographic between 18-34 but in 2016 they added an option for IRL (short for in real life) content, offering channels for cooking shows, art and the absurd world of social eating, where streamers live stream videos of themselves eating while audiences can see and chat with them in real-time, borrowing ideas from the popular South Korean practice of mukbang.

If as a conventional brand or business you’re thinking that content marketing by taking advantage of that popularity is going to be difficult, then you’re correct but we’ve seen several brands doing some clever marketing campaigns using live streaming as a platform, not limited to Twitch and here are some examples you should take note of

Things to keep in mind with live streaming

Other than as a simple content marketing tool, unscripted live streaming could be used as a way to establish branding and foster a relationship with your audience. The world of live streaming itself might be alien to the majority of people but so were Instagram and YouTube back before they were bought by Facebook and Google, respectively. Get on with the program, you might not be fully prepared for it, but your audiences surely are. 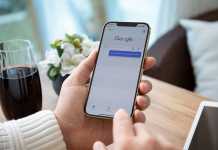 Top reasons why your website isn’t getting indexed on Google 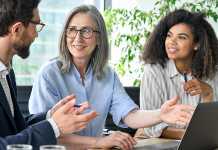