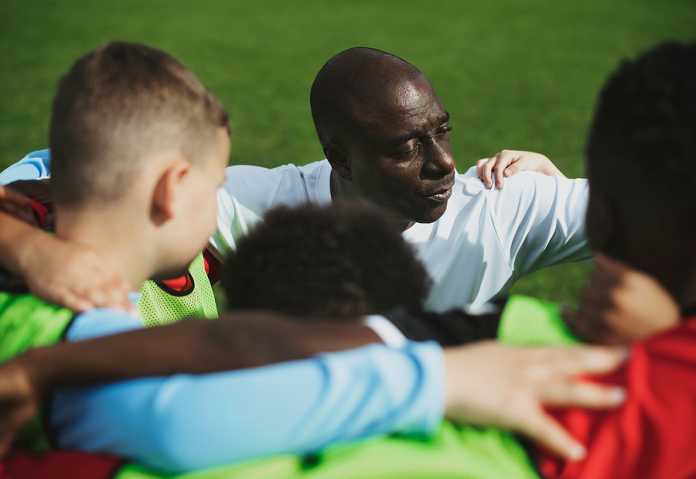 American College Football is a rite of passage for many young people, especially young men hoping to break into the National Football League (NFL). It is an American love affair, one that captures the hearts and souls of millions of Americans across the world, and leaves outsiders a little confused and bewildered.

In fact, trying to explain this competition or marvel to outsiders is no easy feat – there’s so many layers, teams, schools and divisions. Even for some seasoned viewers and followers of the sport, American College Football doesn’t make sense. If you’re confused about America’s second-favourite sport, then check out this guide, which has everything you need to know!

Contents hide
What exactly is significant college football?
The FBS
How is a champion determined?
Why is the atmosphere so intense at college games?
Why are the teams ranked before the season?
What are the essential rules to understand and remember?
Conclusion

What exactly is significant college football?

American College Football, better known as the National Collegiate Athletic Association (NCAA), contains four distinct levels of college football. However, the most essential division you need to be aware of is the Football Bowl Subdivision (FBS) – which is the top division. The second division is called the Football Championship Subdivision, abbreviated as the FCS, followed by Division II and Division III (naturally, the numbering makes it a little confusing).

So, the top division, the FBS, is made up of 124 teams (you read that correctly), which are spread across 11 different conferences. Of these 11 conferences, six of them are characterised as major – the Big East, the Pac-12, the Big 10, the Big XII, the Southeastern Conference and the Atlantic Coast Conference. It’s a little less complicated than the National Basketball Association (NBA), which is comprised of 30 teams, split across two different conferences.

The reason these conferences are considered the “true” majors is that no school from outside of these six conferences has ever won the national championship, or even played in the final since the Bowl Championship Series era was implemented in 1998.

How is a champion determined?

Once the regular season has finished, a BCS National Championship Game is played. The teams that finished first and second in the Bowl Championship Series (BCS) rankings automatically qualify this match. But how are the BCS rankings determined? You have six conference champions and four additional teams that play across five BCS bowl games, on a rotational basis. Basically, the two top teams from that mini-competition are selected to play the in the final match.

Why is the atmosphere so intense at college games?

Before the COVID-19 pandemic and social distancing requirements were implemented, college football games would experience huge crowds. For example, in 2019, the average attendance for college fixtures was close to 42 000 people, which was ironically the lowest average turnout since 1996.

So, why do Americans care so much? Well, their culture is very sport-centred and is highly localised. Small communities, towns and regions are often more invested in their local college team than the professional side that might represent them in the NFL. Indeed, this is largely because college football predates the professional game – so the college teams and codes have a richer history than the professional teams. As a result, the love for local college sides is generational, passed down from families to families.

It also helps that the stadiums are decked out with the latest innovations and technology, ensuring the experience for crowd gatherers is surreal and seamless. Digital scorer’s tables are used at most college football games (and even a lot of high school fixtures too). These LED video displays are perfect if you want to make the matches more exciting while bringing students and viewers into the game. They’re also critical for schools hoping to get sponsorship money, which can help subsidise their sporting endeavours and provide crucial funding for the sports department or teams.

Why are the teams ranked before the season?

Unlike any other sport, polls from experts do factor into how the teams are ranked in the BCS rankings, and whether they feature in the final game of the season. This is entirely different from other national competitions, like Australia’s National Rugby League (NRL) or the Australian Football League (AFL), where teams are evaluated purely based on performance. Expert polls or opinion ratings do not influence where teams finish on the ladder. While there is always speculation in other codes, these opinions remain speculation only!

What are the essential rules to understand and remember?

For non-Americans, college football can be somewhat boring, especially if you don’t give it a chance. There are a lot of timeouts and breaks in play. It is by no means a fluid sport. The field is 100 yards in length (which equates to approximately 91 metres) and 160 feet wide. The main goal is to score “touchdowns”, in which a player must take the ball across the “goal line” into the end zone. The other way to score points is through “field goals”, which is where the ball must be kicked and go between the vertical posts and over the crossbar. A touch down is worth 6 points (and an additional point if the conversion is successful), while a field goal is worth 3 points. A “safety” is worth 2 points, which refers to when an offensive player is stopped in his/her own end zone. This very rarely happens.

Kick-offs take place at the beginning of the game, which is determined via a coin toss. The team that receives the ball is “offence”, and the other team is “defence”. The entire game is meant to be an hour, consisting of four 15-minute quarters; however, with timeouts and breaks, the entire game is more like three hours in duration. After a touchdown, a score or when the second half begins, the ball is kicked-off again by the defending team (similar to rugby union or rugby league).

So, it should now be clear to you that American college football is one of the nation’s most-followed and adored sports. Because of its extensive history, it often rivals the professional arena in terms of following, passion and attendance. While the sport is made complicated by different layers, rules and various conferences, if you invest time and effort into following the sport, you’ll reap the rewards of a great American pastime.