The US Trump government has imposed all new sanctions against Russia in response to accusations of the Kremlin hacking into the US energy grid. It is alleged that Russia was trying to undermine the United States democracy with repeated cyber-attacks.

This response comes soon after US president Donald Trump said that Russia was guilty of attempting to poison a former Russian spy, an attack which gravely injured the former spy and his daughter. Trump was quoted saying that it looked like “the Russians were behind it” and that his administration and allies were “taking it very seriously”.

This comes not long after Russia was recently accused of attempting to hack into the Winter Olympics.

The United States has now officially denounced Russia for the poison attack alongside Germany, France and Britain. Britain had also exiled 23 Russian diplomats as their own bit of retaliation.

The United States announced that it was going to sanction 19 officials from Russia, including individuals from Russia’s military intelligence, Russian businesspeople and an internet research agency. The research agency was accused of leading a disinformation campaign on US social media during the 2016 presidential election; a move many have said aided Trump’s victory.

Steven Mnuchin, the US Treasury Secretary, said that the sanctions are designed to be part of a “broader effort” to tackle the cyber-attacks “emanating from Russia”. Mnuchin went on to say that others would also be facing punishment under new sanctions that will hold Russian officials accountable for alleged “destabilising activities”.

13 of the 19 Russians who were given sanctions were previously identified in Special Counsel Robert Mueller’s probe into interference by Russia during the 2016 presidential election. This new move by the Trump administration validates Mueller’s investigation, contrary to Donald Trump’s prior claims that the probe into Russian interference was a deliberate hoax.

Russian interference during the 2016 presidential election was blamed for the leaking of emails from the Democratic National Committee which implicated Hillary Clinton. The emails became a major controversy in the election which many have speculated aided Trump’s victory.

Donald Trump has so far been very reluctant to confirm the reports by US intelligence that Russia had intervened in the 2016 election. Some have speculated that Donald Trump was in league with the Russian hackers as he clearly benefited from their handiwork.

These new revelations of cyber-attack as well as united backlash against Russia by US allies has forced Trump to take a harsher stance against the Kremlin than he has previously. 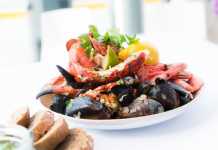 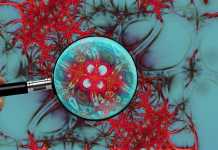 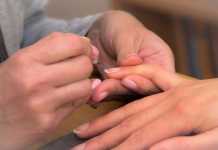