A new study polling the opinions of party members has shown conservative politicians to be extremely far removed from their political counterparts. They study showed they had stronger feelings towards what are considered socially illiberal and ultimately authoritarian beliefs.

As one of the largest polling measures for party members, the study revealed the Tories were 50% less likely to support same-sex marriage as members of other parties. They were proven to be significantly in favour of the death penalty, censorship of the media to reinforce moral standards and overall public obedience to authority.

They also seem to have wildly different views regarding Brexit, a measure that their leader Theresa May has had trouble with recently.

These findings were published by members of the Queen Mary University of London and cast a doubt over chances of the more socially liberal Ruth Davidson taking over as Tory leader from Theresa May. Since the vote on leader is finally decided by party members, these views seem unlikely to allow anyone not sharing them to be elected.

The study reveals that nearly 5 years following David Cameron’s push for gay marriage to make the party more socially inclusive that members are still resistant to it. 44% of the party are 65-years-old or over.

This polling data reveals why Javoc Rees-Mogg, a traditionalist who is against gay marriage and abortion, is topping polls within the party on who should be the next leader.

These figures come from the tracking of party member opinions after the 2015 election. The latest results follow the polling of over 1000 party members from each of the 4 parties following the election in June last year.

Only a quarter of Tory members agreed with remaining in the EU’s single market or customs after Brexit. Only conservative members who were polled supported a harder Brexit deal. Only 14% supported a referendum for a final deal.

This is contrasted by the other parties who seem to overwhelmingly support these Brexit options. Almost more than 80% of Labour members support the UK staying in a single market, the customs union and a new referendum.

These sharp divides between political parties extend to issues of wealth redistribution and the idea that the working class are being disenfranchised from the nation’s wealth. Certainly these differences represent a turning point in British politics as old ideas struggle against new ones. 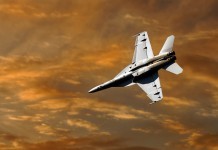