The top rated Criminal Lawyers in Brisbane are:

Michael McMillan’s career is marked by these attributes. Graduating from Bond University with a Master of Laws focusing on courtroom excellence, Michael has spent the past decade appearing as an advocate in hundreds of trials in every jurisdiction in Queensland. He has even appeared as an advocate in Queensland’s highest appellate Court with a proven track record of successfully defending clients in high profile cases for which he brings to a conclusion personally. This experience affords Michael McMillan a depth of insight and confidence that most criminal lawyers could only dream of.

Whether it be a drink-driving plea, or a trial where his clients’ freedom is at risk, skillful and courageous representation is always the right answer.

“Put simply, Michael McMillan is a brilliant criminal lawyer who has reached the pinnacle of his profession. Well versed in precedents and motivated to perform, this firm leaves no stone unturned in their penchant to see justice done. If you want a no nonsense lawyer with the intestinal fortitude to take on an inept judicial system, this firm gets the result. 606 days Michael and Shane stood by us, and finally justice was done. Do it once, do it right – engage McMillan Criminal Law.” – Simon Roper

Bruce Peters, the firm’s Principal, is a Criminal Defence Lawyer who possesses a Masters in Law from the University of Sydney and a wealth of experience that can be relied upon to assist his clients with any criminal matter they are facing. People can rely on Bruce because he will pick up their client’s phone calls personally and return unanswered phone calls as soon as possible.

What his clients can expect from Bruce is both legal advice and practical advice. Bruce possesses street knowledge which makes him one of very few lawyers that are approachable and easy to speak to when discussing criminal law matter with his clients.

“I would like to thank Bruce Peters and his team at Brisbane criminal lawyers who handled my criminal matter in a timely and efficient manner, they were invaluable in helping me prove my innocence and i found Bruce to be totally professional and competent and wouldn’t hestitate in recommending him to anyone needing legal representation . Again many thanks to Bruce, Nick and to my barrister, Janice Crawford for their awesome and tireless efforts on my behalf. Thank you!” – Michelle Miller

Peter Russo is the Principal of Russo Lawyers and is admitted as a solicitor of the Supreme Court of Queensland and New South Wales Western Australia and the High Court of Australia. He holds a Master of Laws from the Queensland University of Technology. He has been practising as a lawyer for approximately 27 years, with particular focus in the area of criminal law. He is a past member of the Queensland Law Society Criminal Law Committee.

Peter’s legal experience has included working in the Thai legal system, and has given him an understanding of the challenges of doing business in overseas jurisdictions, and the complexity of engaging with foreign legal systems.

He was named the Australian Newspaper’s Australian of the Year in 2007. He has delivered lectures in Australia and overseas on matters related to his work.   He has been a member of The Executive Connection ( TEC ) for 8 years and was a delegate at their Washington Conference in 2006.

He has been involved in many high profile cases, including representing Dr Mohamed Haneef in 2007 and 2008. Peter was the solicitor who represented Khaled Daoed, who was charged with offences resulting out of the ill-fated SIEVX vessel’s journey to Australia. Peter has also travelled to parts of rural Indonesia to gain first hand knowledge of the Indonesian people’s plight in rural areas.

Peter is committed to providing his clients with quality representation with a consistent track record of representing his client fearlessly. He listens closely to clients’ concerns and works with them to provide them the best possible outcome. Peter uses the same skills in his work representing the people in his electorate Sunnybank.  Peter has a solid reputation as having a strong commitment to access to justice, and social fairness.

“A family member of mine was recently represented by Eddie Fraser. We could not thank him enough for such a great outcome that we did not think possible. Eddie was fantastic to work with. He was professional, friendly, thorough and had excellent communication throughout the whole trial. I would highly recommend Eddie and his team.” – Kate Philippi 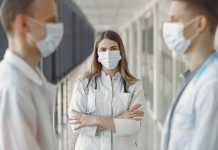 What do we mean by locum doctors? What exactly do they do? 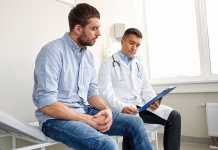 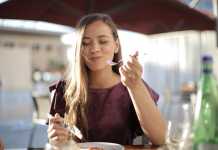 Best Places to Visit in Adelaide