Festival de Cannes is holding steadfast amidst the global pandemic that is the COVID-19 Coronavirus.

Even with the thousands of cases of COVID-19 positive patients in France and the seemingly (and constantly) continuation of the cancellation of entertainment events across the globe, one of the world’s big three film festivals (the other two being the Berlin and Venice Film Festivals) is at least at the moment, standing strong.

The Cannes Film Festival is still moving on with its set schedule to stage the event this coming May, which is actually clever, given that it’s a couple of months away and it is still uncertain whether the global pandemic has died down or not is yet to be seen.

Festival organizers talked to Deadline, stating that the festival staff are working hard to prepare the event as scheduled, which is usually in the second week of May. Cannes organizers said that they don’t have a set schedule date for The Cannes Lions International Festival of Creativity which takes place a month after the main film festival.

Cinema batch of the day: the films (DCPs DVDs, Blu-Rays, etc.) keep on arriving in their numbers! #Cannes2020 #OfficialSelection pic.twitter.com/nBDD40H5yg

Pierre Lescure, Cannes Film President mentioned earlier this week that he was optimistic that the festival will go on ahead as planned, and that the organizers weren’t oblivious and if the global situation, let alone, France’s doesn’t improve, the festival will, in fact, be canceled.

Potential Cannes picks this year might include Nanni Moretti’s Tre Piani, Leos Carax’s Annette, and Wes Anderson’s French Dispatch among other outstanding films. Deadline has also spoken to film studios regarding the film festival and they have voiced out their skepticism about the festival for this year due to the global pandemic.

European cinema has been struggling with prominent events being canceled due to them being a hotbed for mass gatherings, and at this point, people are starting to question whether this level of optimism amidst the situation has some merit to it or is borderline reckless and irresponsible.

Two days ago, French President Emmanuel Macron announced that the COVID-19 pandemic has become France’s worst health crisis in a century and that all schools across the country will shut down starting next Monday. France has also banned gatherings of more than a hundred people yesterday, but local elections will continue as scheduled. 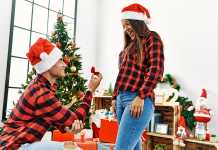 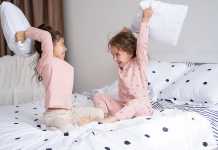