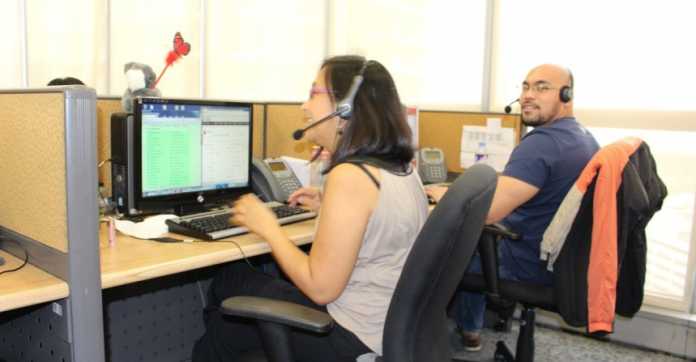 In just two decades, Business Process Outsourcing (BPO) to the Philippines has grown from a handful of businesses to a world-leading industry, forming a significant part of the national economy and becoming a major player in the global outsourcing market. The success of BPO companies in the Philippines is no accident but rather the result of a combination of the country’s economic policy, workforce, and culture.

The development and growth of BPO is not a purely Philippine phenomenon, of course, and the practice has been growing since the latter half of the twentieth century as businesses and corporations grew in size and complexity and began identifying functions that could be outsourced to other businesses. Early adopters, seeing the benefits for their business, customers, and most importantly, their financial bottom line were soon copied, and today the global BPO market is worth over AUD 132 billion.

Despite starting the twenty-first century with only a handful of BPO companies, the Philippines has seen exponential growth in the sector to become a world leader. The start of this growth can be traced to the creation of the Philippine Economic Zone Authority (PEZA) in 1995, offering incentives to attract foreign investment in the Philippines in the manufacturing and service sectors. In the following years, the number of companies starting BPO services in the country has snowballed. By the end of 2019, there were over 800 registered BPO companies in the Philippines generating over AUD 30 billion in annual revenues, becoming the nation’s second-largest income source and contributing 7.5% of the country’s gross domestic product. The BPO industry in the Philippines is the world’s second largest, and the nation has become the leading destination for call centre outsourcing.

“The growth of the BPO market is unsurprising given the advantages it offers corporations. Outsourcing allows companies to avoid the significant technology and staffing costs. The outsourced functions are usually better, being provided by specialist providers rather than being just an ancillary business function. Finally, it allows a business to focus on its core competencies, rather than having to develop and manage the additional support functions,” says Ralf Ellspermann, CEO of PITON-Global, an award-winning BPO provider in Manila, Philippines.

There is a close cultural affinity between the Philippines and Australia. The country is seen as a melting pot between East and West because of its geographical location and legacy of Spanish colonialism, followed by American rule. This culture is strengthened by the high level of English-language proficiency. English is one of the country’s two official languages, and it’s estimated over 60% of the population speak English; there are about three times as many English-speakers in the Philippines as there are in Australia. While this is a benefit, successful outsourcing requires more than speaking the same language, and there are several reasons why the Philippines has become an attractive outsourcing destination.

Ultimately, cost is the key consideration; businesses exist to make money and face pressure from shareholders to make a profit and keep costs low. The Philippines offers a cheaper workforce; labour costs are 60% lower than in Australia. The financial savings, however, are further supplemented by the efficiencies that can be achieved by dedicated BPO companies. Additionally, the BPO industry in the Philippines features as a priority sector in the country’s development plan, and there are still some incentives, including tax exemptions or simplified regulations, available to encourage investment and help businesses establish their BPO here.

The development of BPO services in the Philippines has also meant the country is well-placed to offer high-quality services. A huge amount of expertise has developed as the number of BPO vendors in the country has grown, assisted by the Philippine government as part of their wider economic development plans. This has been particularly noticeable in the call centre sector, which now employs over a million Filipinos who, because of their proficiency in English and affinity with Western culture, can offer a full range of customer services.

The Philippine government has also supported these workers’ development. Many who lost work following the 2008 financial crash were eligible to re-skill for call centres in schemes established as part of the government’s economic response. The well-educated, highly trained workforce means BPO services in the Philippines can offer an enhanced service experience—rather than a script—that customers value and that enhances the brand. Because of the pool of experienced workers, BPO companies in the Philippines can quickly scale and support new business or new programmes.

“The position of the Philippines as a globally leading BPO hub is important. Seen as one of the Asian Tiger economies, it is projected to be in the world’s top twenty by the middle of the twenty-first century. This is supported by excellent infrastructure—technology, and particularly telecoms, are one of the other key parts of the Philippine economy—that makes it a natural global centre to do business,” says Ellspermann.

The Philippines has become a preferred BPO destination for a large number of Australian companies. For example, Optus has outsourced their BPO requirements to the Philippines, while QBE established their own in-house (captive) operation in the country.

The BPO industry in the Philippines has been hit hard by COVID-19, but it is well-positioned to make a recovery—even a steady recovery—supported by a talented workforce in a dynamic and growing economy. The key competitive advantages offered by Philippine BPOs before the pandemic have remained and will still be in place afterwards. It may still be a relatively new industry for the Philippines, but BPO is there to stay.

“In the challenges of a post-COVID economy, the need for companies to find ways to lower their costs, improve their efficiencies, and delight their customers with a great experience will be keener than ever. There’s no better way to achieve these objectives than by outsourcing BPO requirements to the Philippines,” says Ellspermann.