Below is a list of the top and leading Theme Parks in Gold Coast. To help you find the best Theme Parks located near you in Gold Coast, we put together our own list based on this rating points list.

The top rated Theme Parks in Gold Coast are:

It is owned and operated by Village Roadshow via Village Roadshow Theme Parks since the take over from Warner Media. It is the only film-related park in Australia, and the oldest of three Warner Brothers movie theme parks in the world. It was opened on June 3, 1991.

There are a numerous active film studios within the Movie World complex. The first Scooby-Doo film, House of Wax, the 2003 Peter Pan film, Ghost Ship, The condemned and Fortress are amongst the countless films and television series produced at Warner Roadshow Studios.

“Had a really awesome day today. Came on a Thursday so lines were pretty short. It was so so exciting seeing the superheroes in the main square. The kids had a great day as did the adults. The food was reasonably priced considering it’s a theme park (way cheaper than Disney & Universal) & same with the souvenirs. Great place & I really want to come back one day! Batman & Green Lantern were my personal faves to see & the kids loved the parade. Its the most interactive parade I’ve been to.” – E.N.C.

Sea World is an oceanarium, marine mammal park and theme park located on the Gold Coast, Queensland, Australia. It includes animal exhibits, rides and other attractions, and it promotes conservation through education and the rescue and rehabilitation of injured,sick or orphaned wildlife. The park is commercially attached to Wet’n’Wild Gold Coast and  Warner Bros. Movie World as part of the theme park division of Village Roadshow.

“Excited that more adult rides are being made. My 5 star rating though is purely for how environmentally conscious they are. It is obvious how much they care for the world and the animals and I think it’s awesome that they’re using their shows to educate young kids while also including some fun tricks. Drastically different to what the American Sea World is and I’m so happy about it!” – Emily Chadwick

Dreamworld is a zoo and themed park situated on the Gold Coast in Queensland. It is Australia’s biggest theme park with over 40 rides and attractions, including five roller coasters.

The park is made up of several themed lands: Wiggles World, Town of Gold Rush, Ocean Parade, DreamWorks Experience, Rocky Hollow, Dreamworld Corroboree and the Tiger Island. These lands have a collection of rides, shows, animal exhibits, food outlets and merchandise stores.

Dreamworld is famous for being the location of the Australian Big Brother house filmed at the Dreamworld Studios, since the program began in Australia in year 2001. In 2006, Dreamworld expanded its offerings by opening WhiteWater World next door. On some occasions during the year, Dreamworld remains open after dark. This event, known as Screamworld, includes all of the thrill rides and a selection of children’s rides.

“Absolutely amazing! The staff were so friendly and helpful. The animals were a bonus, spent a whole day just seeing them all. The trainers were especially great answered all our questions, put on amazing talks/shows. The rides were great! And even the food was delicious, Would go back just to eat that pizza again.” – Amzy P. 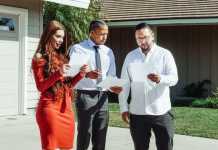