Below is a list of the top and leading Performing Arts Theatres in Canberra. To help you find the best performing arts theaters located near you in Canberra, we put together our own list based on this rating points list.

The top rated performing arts theatres that offers variety of best performances and services are:

Canberra Theater Centre is a proscenium arch theatre seating 1,239 patrons in one raked tier. Canberra Theatre opened in year 1965 and has since earned and maintained its reputation as the top rank performing arts venue in Canberra. Canberra Theatre has accomodate major presenting companies such as The Australian Opera and Sydney Dance Company, as well as comedy, international acts, popular music and family entertainment.

” “Theatre seating is very comfortable, with good lines of sight from most seats.”-Dave Hall

The Street Theatre is operated by The Stagemaster Inc. (trading as The Street), a not-for-profit arts organisation under an Occupancy Agreement with the ACT Government. After the destruction by fire of two adapted theatre venues, The Street Theatre was established in the year of 1994 by the ACT Government and so The Street began its life as a community theatre facility for Canberra’s community from students to professional and independent groups. The Season Incorporated was formed in 1996 to coordinate the marketing and administration of independently funded theatre companies performing work at The Street Theatre. This grew into a themed era within a carefully selected program featuring independent producers and their work. In 2002 The Season Incorporated was merged with The Street (The Stagemaster Inc.) setting up a single board of management to oversee the theatre building and its programming. The Street transformed through the merger with a venue-for-hire model fostering both community participation, the professional development of performance-makers, as well as the commercial presenters. In year 2007 brought leadership change and a significant shift in vision for The Street indicating the transition over a five year period from community venue-for-hire to particular content multi-arts space. With a focus on independent and professional contemporary live performance the next step was to take a fuller role as creative producers of processes and programs connecting conceptual development to creative development to rehearsal to production and touring.

“The staff are lovely and most importantly the seats and acoustics are brilliant.”-Bella Satur

“I really like CYT – they have some great courses to do and you can meet some awesome people.”-Sammy Walker Jeffrey is an editor at Best in Australia, he does research and analyses about businesses in Australia. He covers topics and news related to start-ups and other businesses.

7 ways to relieve your back pain 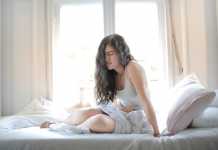 What happens if you don’t get haemorrhoid treatment?

Busy Philipps is seeking a new network for Busy Tonight after...