Below is a list of the top and leading Magicians in Melbourne. To help you find the best Magicians located near you in Melbourne, we put together our own list based on this rating points list.

This article is updated every 3-4 months.

The top rated Magicians in Melbourne are:

If you are a Magician or you know other Magicians or services in Melbourne that should be on this list, please submit your details here and we will review your submission.

Alex the Magician tailors every show to provide the perfect combination of comedy and magic to suit the age group of the audience.

Alex has entertained thousands of Melbourne and Australian families. Drawing on over 15 years experience as a magician, actor and school teacher, he knows precisely how to keep any group spellbound and laughing with delight.

Alex has been named magician of the year three times by the Australian Society of Magicians, so you know you’re in good hands.

“Alex put on a fun and entertaining performance at my son’s 5th birthday party. The kids (and their parents!) were enthralled. My normally shy son warmed up to Alex straight away and was excited to participate in the show. Alex was professional and easy to deal with. Highly recommend.” – Miranda L.

Dom Chambers is an internationally award-winning magician and comedian, known for his modern take on magic, his viral internet videos and artistic live performances.​

His internet videos have been viewed over 20 million times and his magic has appeared on all of Australia’s major TV networks. He was the first Australian based magician to appear on the hit international TV series, ‘Penn & Teller: Fool Us!’.

His critically acclaimed one-man show ‘RanDom’ was awarded the prestigious award for “Best Magic Show”,  at the Adelaide Fringe in 2019.

Charming and approachable, Dom puts on a show is like no other magician.

Magic, Illusions and Sleight of hand

“Dom attended my wife’s surprise party and had the guests buzzing with his magic, it really gave the night that extra edge. He was very accommodating and gracious with is time. Thanks again Dom.” – Edwin Q.

Felix the Magician, a Melbourne based magician available for hire. Specialising in close up magic for dinner functions, birthday parties, promotional event and weddings.

Jeffrey is an editor at Best in Australia, he does research and analyses about businesses in Australia. He covers topics and news related to start-ups and other businesses. 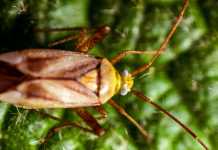