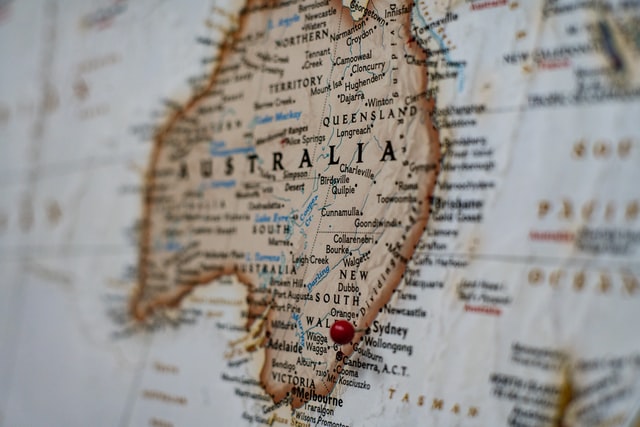 Over the decades, the Asia-Pacific (APAC) and Latin American (LATAM) regions have developed stronger trade relations. Today there are about 25 Free Trade Agreements (FTAs) between these regions, a significant increase from just two FTAs in 2004.

APAC and LATAM are both characterized by rapid GDP and trade gains. As such, with increasing protectionist policies in the United States and COVID-19, trade promotion is increasingly important for economic development and recovery. APAC and LATAM turn to each other as they seek options to diversify their worldwide economic integration.

What is Australia’s connection to APAC and LATAM? Take a look at Australia’s current trade flows, opportunities, and agreements in these regions.

First, let’s define the APAC region. The APAC region is comprised of 47 countries from East Asia, Southeast Asia, South Asia, Oceania and the Pacific Island Nations. According to the World Bank, in 2018 the region had a GDP of US$25.9 trillion and a population of 2.3 billion people.

Countries in this region include but are not limited to:

Trade flows and opportunities between Australia and Latin America

Australia exported over AU$4.75 billion (US$3.4 billion) worth of goods to LATAM in 2017. The majority of these exports were sent to Mexico, Chile, Colombia, Brazil, and Argentina. Currently, Mexico is Australia’s largest trading partner in LATAM, overtaking Brazil’s spot from 2017.

In Mexico, Australian businesses can find the best opportunities in the aviation and aerospace, oil and gas, and mining sectors. Between the APAC and LATAM regions as a whole, opportunities for trade exist in the areas of finance, transportation, agriculture, travel, and business services. Both regions have the know-how and complementary comparative advantages, making trade between them very desirable and beneficial.

Australia is involved in two important trade blocs with Latin America: the Asia Pacific Economic Cooperation (APEC), and the Comprehensive and Progressive Agreement for Trans-Pacific Partnership (CPTPP). Australia is also undergoing negotiations for an FTA with the Pacific Alliance and has two bilateral trade agreements with Chile and Peru.

Established in 1989, APEC is an organization consisting of 21 countries. Several member countries are located in the Asia-Pacific region, yet many of them aren’t. Countries such as Chile, Mexico, and Peru are also members with the goal of increasing trade with countries in the APAC region, including Australia.

APEC initiatives fall under three main pillars to facilitate the free movement of goods, services, investment, and people across its borders:

Average tariffs in APEC economies have lowered from around 17% in 1989 to under 6% in 2018. As a result, APEC partners make up more than 70 percent of Australia’s total trade in goods and services. According to Australia’s National Farmers Federation, this trade bloc is the main export destination for Australian agricultural products.

The CPTPP is an FTA between Australia, Chile, Mexico, Peru, Canada, Japan, Malaysia, New Zealand, Singapore, Brunei Darussalam, and Vietnam. This agreement came into force for Australia in December 2018.

The CPTPP focuses on multiple key areas, including but not limited to:

The Pacific Alliance is a regional trade bloc between Chile, Colombia, Mexico, and Peru. Together, these countries make up 37% of LATAM’s population, 35% of its nominal GDP, 45% of its exports and 50% of its total imports.

The Australian government is currently undergoing negotiations for an FTA with the Pacific Alliance. Today, there are over 300 Australian businesses operating with these four LATAM countries. Although Australia already has other agreements in place with these economies, an additional FTA is expected to help Australian businesses by further reducing market entry barriers in the following sectors:

The Australia-Chile Free Trade Agreement came into force in March 2009. It was Australia’s first FTA with a LATAM country. By 2015, the agreement successfully eliminated tariffs on all traded merchandise.

The Peru-Australia Free Trade Agreement (PAFTA) officially came into force in February 2020. It addresses growing trade between the two countries during the last two years, worth AU$656 million (US$459.5 million).

Australia’s connection to APAC and LATAM strengthens as recent and upcoming FTAs create greater economic ties between these regions. Increased trade flows arise from regional integration in the form of the APEC, CPTPP, Pacific Alliance, and bilateral trade agreements. Australian businesses should remain on the lookout for future opportunities in these dynamic and ever-changing economic landscapes.

Protect your business and assets with this security features How shoppable content is redefing social media marketing for brands

Marketing vs. Branding: what’s the difference?

Affordable family lawyers in your area that are great at what...